Blessed are the poor in spirit,
for theirs is the kingdom of heaven.
(Matthew 5:3 | New International Version)

You’re blessed when you’re at the end of your rope. With less of you there is more of God and his rule.
(Matthew 5:3 | The Message)

When we focus in on aspects of Scripture like the 10 Commandments, it can be easy to think religion is all about following a set of rule and regulation. For the Jews, it wasn’t just the 10 Commandments. All together the Rabbis tallied 613 commands in the Torah. Beyond that they developed their own traditions and practices to act as a sort of “hedge” around the commands so they wouldn’t even come close to breaking them.

For instance, the command to keep the Sabbath Day holy evolved into an elaborate system of regulations concerning how far one could walk, what tasks could be done if absolutely necessary, and trying to define “work” as tightly as possible. Religion became more about rights, rituals, rules, and regulations than it was about relationship – which is what God wanted all along.

We humans sure do put the “mental” in fundamentalism!

The 10 Commandments were given on Mount Sinai. Jesus comes along and delivers his first major sermon on what is today known as the “Mount of Beatitudes.” He doesn’t begin with commands, but blessings. Religion says You’re blessed if you follow these rules. Jesus says You’re blessed. There are no “ifs.” This list of blessings, commonly known as the Beatitudes, are not a checklist for us to adhere to. It’s not telling us how we should be or what we should do. Jesus is looking out at the crowd, seeing the oppressed and the disenfranchised and calling them “Blessed.”

I’m going to address each of the Beatitudes in Enneagram language. If you aren’t familiar with the Enneagram, then go check out my Enneagram page to find out more. According to the Enneagram, there are nine basic personality types, or “false selves,” and each one of us is dominant in one type. And I believe that each Enneagram number finds a blessing and word of encouragement in these Beatitudes.

Jesus begins by pronouncing a blessing on “the poor in spirit.” I’ve never really heard a satisfying explanation of what Jesus meant by that. But when I think of it in Enneagram language it begins to make sense. I believe Jesus speaks this blessing on Enneagram Type Threes – the Performers or Achievers. These are the type of people who put a lot of stock in success, or at least the appearance of success. They are very action driven, and they fear failure and insignificance.

Threes want it all. Threes want to achieve their goals, knock off their to-do list, and look good doing it. They want all the markers of success and status symbols for whatever “in-group” they’re trying to impress. Want an example? Just watch one episode of Parks and Rec. Leslie Knope is a THREE.

Failure can be devastating for a Three. It makes them feel worthless and insignificant. Imposter Syndrome is a big problem for a lot of Threes – everyone thinks you’re better than you really are, and only you know your true failings and faults. It’s a byproduct of their own success and achievement. They knocked it out of the park once, now they have to do it again…and again…and they have to do it bigger and better. It’s a cycle that never ends, but it’s one of their own making. They feel stuck and wish they could break free. No matter what they do, it’s never quite good enough. There is no end.

That’s why I love the way Eugene Peterson phrased it in The Message: “You’re blessed when you’re at the end of your rope.”

The song “High Hopes” by Panic! At the Disco has become somewhat of a Three anthem. There’s one line repeated a few times that just nails it: “We wanted everything more than everything.” And what’s the promise to those who are “poor in spirit” or “at the end of their rope?” Their’s is the kingdom of heaven. Or again as Peterson puts it: “With less of you there is more of God and his rule.”

The worst thing that can happen to a Three is failure and burnout. But the best thing that can ever happen to a Three is failure and burnout. When everything comes easy to an Achiever, they begin to get an inflated self-image. Threes fear failure and its repercussions, but in many ways they will never find real growth unless they experience failure. Threes have a tendency to believe the lie, “I am only as valuable as my latest success.” Only through failure can Threes begin to correct that lie and experience the truth that “I am loved not for what I do but for who I am.”

The world urges us to believe we are #blessed if we have all the stuff we want. We’ve got to be part of the hustle. We’ve got to grind for what we want.

Jesus says you’re blessed when you give up, when you dare to redefine success according to God’s terms.

Actress/Comedian Lily Tomlin is famous for saying, “The trouble with the rat race is that even if you win, you’re still a rat.” Or as Jesus would put it:

For whoever wants to save their life will lose it, but whoever loses their life for me and for the gospel will save it. What good is it for someone to gain the whole world, yet forfeit their soul? Or what can anyone give in exchange for their soul?
(Mark 8:35-37)

When you decide to get out before you burn out, when you resolve not to keep up with the Joneses anymore, when you redefine what success means, when you’re at the end of your rope – that’s where you’ll find the Kingdom of Heaven, ready and waiting for you. 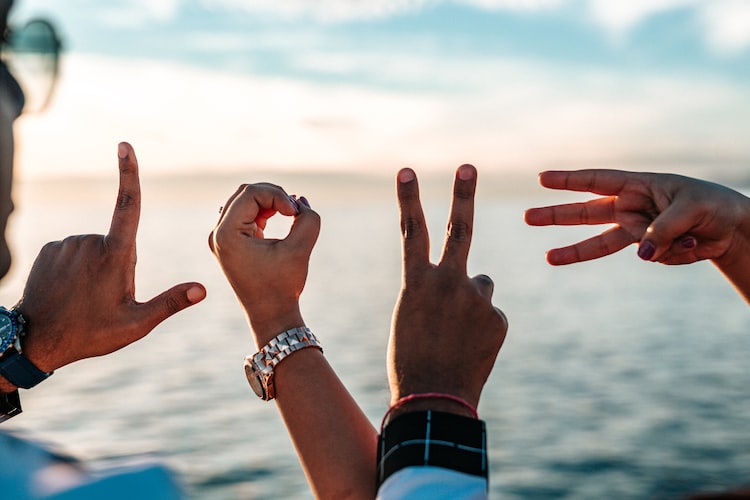 Do you struggle to believe you are loved for who you are, not for what you do? Why or why not?


Have you ever experienced real failure or burnout? How did it make you feel? How did you recover from it?


If you were to redefine success according to God’s terms for your life, what would that actually look like? How would your life be different?