Blessed are those who hunger and thirst for righteousness,
for they will be filled.
(Matthew 5:6 | NIV)

You’re blessed when you’ve worked up a good appetite for God. He’s food and drink in the best meal you’ll ever eat.
(Matthew 5:6 | The Message)

For certain people among us, the answer is simple: perfection.

We all know those people who want everything to be done right, for everything to be as good as it could possibly be. We know those who chase perfection in all they do – how they raise their family, how they perform academically, how they clean their house, how they organize the files on their computer. There is a right way to do things, and a wrong way to do things. They have a very binary view of the world – right/wrong, black/white, good/evil, straight/crooked. 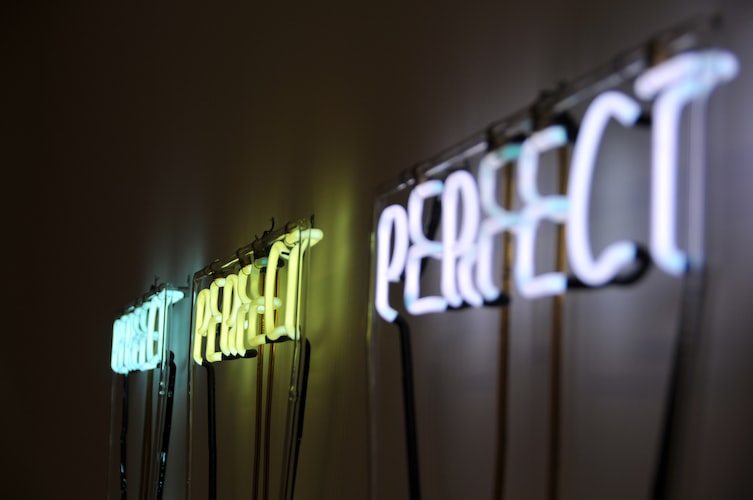 Good enough is not good enough.

We call these people “Perfectionists.” They find their home at the ONE spot on the Enneagram. Sometimes they are also called “Reformers” because they have a way of seeing what’s wrong with a system or organization and then acting to change it. This can be great for a business. It can be less great with relationships.

Ones have a tendency to “should” all over everyone and everything. You should do this. You should do that. You shouldn’t do that, ever. You should always do this. In their pursuit to make the world around them “perfect,” they are plagued by the phrase “good enough.” Think Hermione Granger from the Harry Potter series.


The problem is that we live in an imperfect world. The solution is not to “should” all over everything until it becomes perfect. That’s never going to happen, and it will only lead to frustration, anger, and burnout. The solution for Ones is to love.

Jesus says at the end of Matthew 5,

Be perfect, therefore, as your heavenly Father is perfect.

But the context of perfection in this instance is Love – specifically love for one’s enemies. In other words, when we can simply love without agenda, without expecting anything in return, without exception people to change – then we can experience perfection as God defines it. 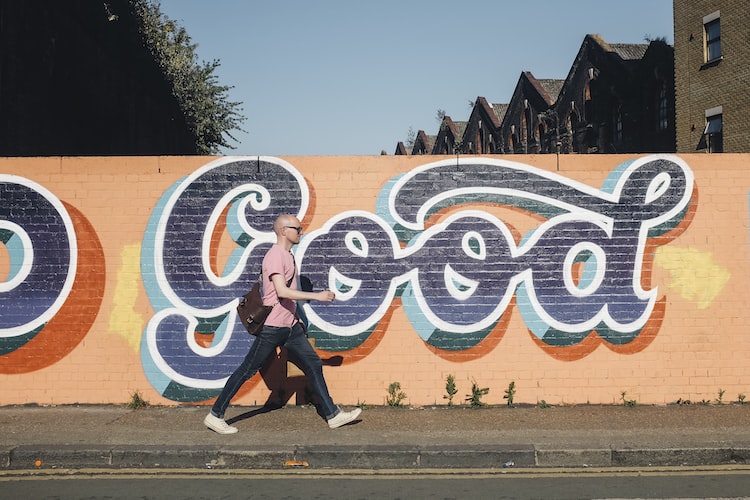 Why do we feel the pressure to be “perfect?” Has social media use relieved those pressures or made it worse?


What’s the difference between human perfection and God’s righteousness?


How does love help combat the trap of perfectionism?

Are you familiar with Godwin’s Law? Back in the early 90s, American lawyer and author Mike Godwin developed a law of civil discourse. Basically, Godwin observed that the longer an argument raged on, the more likely it would be that at least one party would compare the opposing party to the Nazis and/or Hitler.

How much more true are his findings thirty years later!

There’s something interesting that happens when we disagree with someone. When we think someone is wrong and we are right, then they must be 1) ignorant, because anyone who truly knew the all the facts would come to the same conclusion as us, or 2) blatantly evil, because if they know the facts and still disagree with us they must have some inherently corrupt worldview or agenda.

This happens All. The. Time.

There’s even an entire TEDTalk about it! It happens to be one of my favorites. You should watch it if you’ve never seen it before:

The “ignorant or evil” discourse took on a whole new level during the 2016 presidential election season. People simply refused to engage in civil discourse and public disagreement in a heart of tolerance and understanding. We all just went off the deep end and viewed “the other” as either uneducated ignoramuses or (sometimes literally) Nazis. This Psychology Today article reveals some deep insight into the American psyche over the last few years.

If we have friends supporting the wrong candidate, we might charitably classify them as “ignorant” (unless we’ve secretly believed they were crazy all along). We can write some off as blind, knee-jerk partisans; their party’s candidate could engage in any kind of wrongdoing and they would still support him or her. (We might privately chalk that up to a special kind of stupidity.) But more and more, it seems, true believers skip the preliminaries and go straight to regarding anyone who supports the wrong candidate as just plain evil. After all, how can they possibly abide the lack of integrity, the poor judgment, the unwillingness to be transparent, etc., unless they are as bad as their candidate?

Of course, this is nothing new. Not even a little bit. As I’m combing through the Gospel of Mark once again, I’m finding all sorts of new insights that I never noticed before. I want to draw your attention to Mark 3:20-35. There are two groups wanting to stop Jesus. The first is his family, those closest to him, who grew up with him, who think that Jesus is wrong and needs to stop. The second group is comprised of the professional haters out there, those who have seen Jesus from a distance, who bash him on Twitter and spread rumors about him in 4-Chan, but would never confront him face-to-face. In doing so, they completely dehumanize him. Check it out.

Then Jesus entered a house, and again a crowd gathered, so that he and his disciples were not even able to eat. When his family heard about this, they went to take charge of him, for they said, “He is out of his mind.”
And the teachers of the law who came down from Jerusalem said, “He is possessed by Beelzebul! By the prince of demons he is driving out demons.”
So Jesus called them over to him and began to speak to them in parables: “How can Satan drive out Satan? If a kingdom is divided against itself, that kingdom cannot stand. If a house is divided against itself, that house cannot stand. And if Satan opposes himself and is divided, he cannot stand; his end has come. In fact, no one can enter a strong man’s house without first tying him up. Then he can plunder the strong man’s house. Truly I tell you, people can be forgiven all their sins and every slander they utter, but whoever blasphemes against the Holy Spirit will never be forgiven; they are guilty of an eternal sin.”
He said this because they were saying, “He has an impure spirit.”
Then Jesus’ mother and brothers arrived. Standing outside, they sent someone in to call him. A crowd was sitting around him, and they told him, “Your mother and brothers are outside looking for you.”
“Who are my mother and my brothers?” he asked.
Then he looked at those seated in a circle around him and said, “Here are my mother and my brothers! Whoever does God’s will is my brother and sister and mother.”

Did you see that? Jesus’ detractors were using the ignorant or evil arguments against him! His family thought he had gone off the deep end. He’s out of his mind. He’s completely lost it. He’s just ignorant, otherwise he would know not so say or do these things.

But the extreme haters equated Jesus, not with the Nazis since they wouldn’t be around for another 1900 years, but with Satan, or Beelzebul, the Prince of Demons. He’s evil! He’s in league with Satan. He’s sold his soul to the Devil.

You see, if Jesus is in fact wrong, those are really the only conclusions we can come to. He’s either a lunatic, out of his mind, or he’s a liar, operating for the Father of Liars.

But Jesus isn’t wrong – the others are. His family is in fact ignorant of who he really is. And the teachers of the law are the ones more in league with Satan and his demons. Brilliantly, though, Jesus doesn’t answer false rhetoric with more false rhetoric. He doesn’t call his family ignorant – he redefines family as those who do the will of God the Father. And he doesn’t call the teachers of the law evil – he just points out the logical inconsistencies of their arguments and drops the mic.

As the TEDTalk above points out, being wrong feels just like being right – unless and until we know we’re wrong. Jesus is trying to point out how the others are wrong about him, but in a loving way to his family and in a logical way to his haters. He doesn’t get baited into arguments about things that don’t matter. Love doesn’t do that. Love gives opportunities for wrongs to be made right rather than keeping a record of wrongs.

It wouldn’t be until after his resurrection that his mother and brothers truly came to believe in Jesus as God’s Son, not Joseph’s. His mother became a prominent matriarch among the early church, and two of his brothers (James and Jude) wrote letters that would be preserved in the New Testament canon to this day.

I think there’s a TON that we can learn from Jesus that is just as applicable to us in the digital age as it was in the iron age. Don’t take the bait. Don’t feed the trolls. Haters gonna hate – don’t play their game. And above all – speak (or text) the truth in love. Remember who the true enemy is. *Hint* They’re not on the other side of that keyboard (Ephesians 6:12). And remember who your true family is. *Hint* They’re in every nation and every political party across the globe (Revelation 7:9).