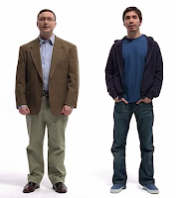 Have you ever really paid attention to the way Jesus taught people? Comparing Jesus and Paul in the area of teaching style is like those old Mac Vs. PC commercials. Paul is very black and white, doctrine-focused, very left-brained, Bible-nerd. Paul loved lists. He loved extensive, logic-filled arguments. This is to be expected since he was an up-and-coming Pharisee/lawyer. That’s just the way his brain worked and processed.

Jesus, however, had a much different teaching style. His favorite way to teach was through the use of parables. Jesus was a storyteller. But these were not merely fables or cautionary tales. They were multifaceted, intricate, truth-packed stories about the kingdom of God.

Mark finally lets us in on what Jesus had been teaching by recounting several of Jesus’ parables. In fact, Mark says that, “He did not say anything to them without using a parable” 4:34 (Nice double-negative, Mark!)

Jesus begins this section of teaching by inviting the crowds to “Listen!” (4:3). But this is more than a teacher calling his students to attention. This word, “Listen,” would have struck an immediate cord with the Jewish audience because it is the Greek equivalent of the Hebrew, “Shema!” The Great Shema (Deuteronomy 6:4-5) was the ultimate statement of faith for the Jews. “Hear (Listen), O Israel…” This would have immediately gotten their attention. Jesus was about to say something big. He was about to give them truth about the nature of God and his kingdom. Drum roll, please….

And then he tells about a small time farmer with a small patch of good land who raised a mediocre harvest (4:3-8).

And we’re surprise by how confused the people were?

Those closest to him didn’t even understand. He had to take his disciples aside and explain the meaning of this and every other parable. So if those who were around him 24/7 couldn’t fully understand his teaching without having him explain it, how could others in the crowd possibly get it?

Jesus tells these stories for a few different reasons:
1) It’s hard to argue about a story. Jesus isn’t laying out some systematic theology with points and subpoints which the religious leaders could then pick apart and spur on arguments and debates. He’s simply telling a story. Those who are open to it will seek further understanding. Those who would oppose his teaching anyway will leave with…just a story.

2) Similarly, Jesus is ushering in a true revolution. He is the Messiah, the Christ, the Deliverer, the King. There is no denying that. But he is not delineating a list of grievances against the Romans. He is not rallying troops with motivational speeches. He is not, in other words, leading a revolution like has been seen before. His revolution is not against Rome – it’s against Satan. He didn’t come to defeat men – he came to defeat death. To ensure that his message could take full root and spread far and wide, he had to keep his message somewhat veiled.

These first two points are made clear by Jesus’ use of Isaiah 6:9-10. He knew some would not, even could not get it immediately. And that was okay.

3) Most importantly, Jesus taught in parables to draw people out of the crowd. If all they wanted was see some miracles and hear some good stories, they got that and then left. But if they wanted true understanding, true depth, then they had to stick around and ask the teacher. Jesus was more than happy to explain the meaning of these parables to anybody who wanted to hear. Otherwise, they would just be on their merry way with a new story to tell.

The key is that a response is required by the listener. Just like the harvest is left up to the soil, it up to you to make the move. Are you content to just sit in the crowd waiting to see what happens next? Or are you ready to step out of the crowd and get up close and personal with Jesus so that you can really see what he’s showing you and really hear what he’s telling you?

It’s time to listen up!