What’s God’s will for my life?

Even when you read Scripture, the answers to the question, “What does God want?” vary from person to person.

Ecclesiastes says this: “Now all has been heard; here is the conclusion of the matter: Fear God and keep his commandments, for this is the duty of all mankind” (12:13).

But…which commandments? There are, according to most counts, 613 commandments from God found in the Law of Moses. Just fear God and keep his checklist of requirements. You’ll be fine!

Yeah, yeah, yeah. But 613 is a little steep. So let’s boil it down to 10. Keep the Ten Commandments and you’ll do well. In fact, Jesus tells a guy that if he just keep these commandments he’ll be alright. The only thing he would lack would be to sell all his possessions, give the money to the poor, and follow him.

That seems a little extreme. How about narrowing it down a little more. What is the single greatest command? If we had to boil it all down to one thing, what is this life all about? Jesus answers that the greatest commandment is to love the Lord your God with your entire being. And he throws a bonus command in with it – love your neighbor as yourself. 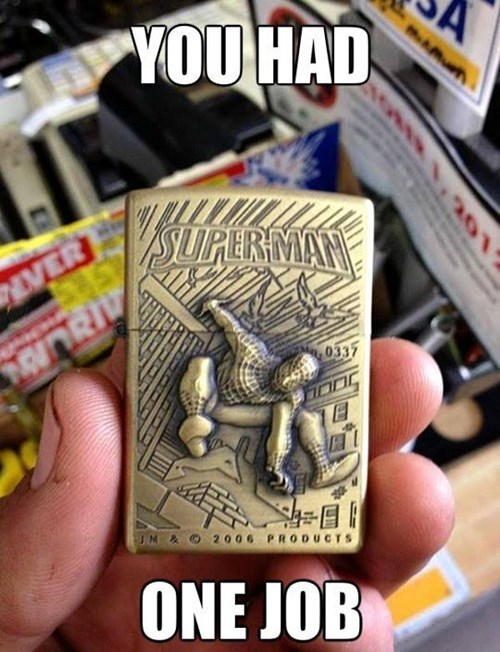 Here’s the paradox. The more commands we are given, the easier it is for us to do. We can feel really good about ourselves if we follow 586 out of 613 commands. Even 9 out of 10 commands isn’t all that bad. But what if we fail at obeying ONE command? What if we have ONE job and we screw it up?

I would rather take a test with 200 multiple choice and/or true and false questions than a 2 question essay test. I could miss 60 questions on the first test and still walk away with a passing grade. But if I mess up on even one of the two questions, I have failed.

That’s why Paul can say in Romans 5, “But where sin increased, grace increased all the more.” The stakes are higher now than they were under the old law. A few sacrifices a year could atone for breaking a few of the 613 commands. But what sacrifice can take care of breaking the one command that really matters? There is more on the line. The failure is more obvious, more blatant. We have less of a safety net when everything hinges on one or two commands – love God and love your neighbor. But as the stakes get higher, the grace becomes that much more powerful.

I think that’s behind the heart of what was written by the prophet Micah so many centuries ago:

With what shall I come before the Lord
and bow down before the exalted God?
Shall I come before him with burnt offerings,
with calves a year old?
Will the Lord be pleased with thousands of rams,
with ten thousand rivers of olive oil?
Shall I offer my firstborn for my transgression,
the fruit of my body for the sin of my soul? (6:6-7)

What kind of sacrifice can cover such catastrophic failure? We’re at a loss of what to do. There are not enough bonus points available to even bump us up to a passing grade.

God simply says, I’ll take care of it. Here’s all I want you to do.

He has shown you, O mortal, what is good.
And what does the Lord require of you?
To act justly and to love mercy
and to walk humbly with your God.

Jesus, the savior of the world, the Son of the living God, takes your test, rips it up, and says, “Follow me.” God will give us Jesus’ test score. We simply need to become like Jesus in the process.

What is God’s will for your life? What does He want from you?

Love God and walk humbly with Him.
Love your neighbor as yourself by acting justly and showing mercy.

Or as Agustine of Hippo put it, “Love God and then do as you will.”

More on this next week.