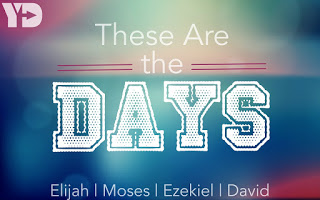 
I don’t like to get too political. I tend to lean away from either party and toward the middle. The Libertarian Party appeals to me more than either the donkey or the elephant. I watched bits and pieces of the RNC this week – mostly second hand through late night comedians who help us laugh to keep from crying. I did manage to catch at least some of Trump’s speech last night, and it became very clear to me just how strong the shackles of fear have us in their grips.

According to the speakers at the RNC, we have nothing to fear except everything. And “the only one who can fix it” is Donald Trump.

So what Trump is going to do is cancel all debts. All credit cards and student loans will automatically have a zero-balance. Everyone’s mortgage is going to be paid for. Those living on food stamps will automatically earn a living wage. Healthcare will be offered free of charge to everyone, including corrective eye surgeries. Schools will become fully funded, especially those in lower class areas. Higher education will become available to all who desire to learn. All prisoners (except for those convicted of violent crimes) will receive a presidential pardon and will be released at the earliest opportunity. Those will mental illnesses will be given the absolute best care available in the world.

Doesn’t that sound amazing? A little too good to be true?

Obviously no president (especially NOT Trump) would ever make those sorts of promises. No president would run on the idea of completely reversing all social orders, canceling all debts, and equalling the playing field for every single person. Because those with all the money and power would never go for it.

In Leviticus 25 we read about God’s plan for Israel’s economy. Every 50 years there would be the “Year of Jubilee.” During that year, families could return to their homeland. Property could be redeemed (bought back) by the original owners. And those who had sold themselves as slaves would be released. All debts would be cancelled. All property would return to its original owner. The whole system would get a hard reboot. This would ensure that no one ever got too poor or too rich. 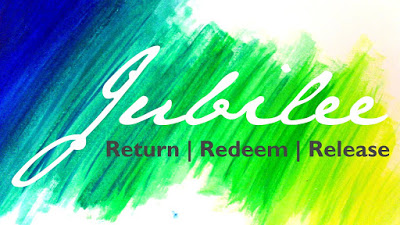 But guess what? There is no historical or biblical record of the Year of Jubilee. As far as we can tell, Israel never honored this 50th year celebration. It’s kind of sad, but also kind of understandable.

But that doesn’t mean God forgot about it and scrapped the whole thing. Quite the opposite in fact. Through the prophet Isaiah God remind the people about “The Year of the Lord’s Favor.” It’s like the Jubilee, only bigger and better than ever.

The Spirit of the Sovereign Lord is on me,
because the Lord has anointed me
to proclaim good news to the poor.
He has sent me to bind up the brokenhearted,
to proclaim freedom for the captives
and release from darkness for the prisoners,
to proclaim the year of the Lord’s favor
and the day of vengeance of our God,
to comfort all who mourn,
and provide for those who grieve in Zion—
to bestow on them a crown of beauty instead of ashes,
the oil of joy instead of mourning,
and a garment of praise instead of a spirit of despair.
They will be called oaks of righteousness,
a planting of the Lord
for the display of his splendor. (Isaiah 61:1-3 | NIV)

The people of Israel may have forgotten about the Jubilee, but God steps in and tell them that it’s going to happen whether they like it or not.

Fast forward a few hundred years to the time of Jesus. For his first sermon of his ministry in his own hometown he opens up the scroll and reads from Isaiah 61. Jesus reads this passage, sits down, and tells them that this ancient prophecy is being fulfilled right here and now (Luke 4:16-30). The Jubilee is happening whether they like it or not. But Jesus takes it even further than Isaiah did. Jesus asserts that not only is the “Year of the Lord’s Favor” for the Jews, but it’s also for the gentiles. Jubilee is happening, and it’s happening for everyone!

And everyone celebrated with cake and streamers and a disco ball, making Jesus the hometown hero. Right?

Not exactly. Instead they tried to throw him off a cliff!

We haven’t changed much socially as a species in the two thousand years since Jesus. If any political candidate tried running for office on the platform of Jubilee, they’d be booed off stage in seconds.

We can’t just cancel debts!
We can’t just give everyone free healthcare!
We can’t release prisoners from jail!
We can’t provide quality education to those in extreme poverty!
We can’t offer free treatment for the mentally ill or victims of abuse!

Everything our politicians say can’t be done, God’s people HAVE done and ARE doing.

The Jubilee is happening whether you like it or not, whether you see it or not. Jubilee is not, as it turns out, a once-every-fifty-years tradition. It’s not just a one time event, or a year-long celebration. Jubilee is a reality in which we, God’s people, choose to live. It’s a reality we work to bring about a little bit each day.

SO LIFT YOUR VOICE! IT’S THE YEAR OF JUBILEE!