Do you ever wonder what you would do if you were placed in certain situations? Like, what would you do if you were stranded on a deserted island? Or what if you were in a plane crash? Or what if an older, quirky, English chap invited you to come with him into his small, blue police call box?

It’s interesting to imagine and day dream about those scenarios. But what about some real life situations?
What would you do if….
During announcements, the person sitting behind you punches you in the back. You try to tell the teacher, but he only says to be quiet during announcements.

You’re excited about a friend’s upcoming birthday party, but then she says you aren’t invited. Her parents said she can only invite four people, and you aren’t one of them.

You’re playing a video game when your mom gets home from work. She turns off the console and tells you to get going on homework—even though you don’t have any. All your progress in the game is lost.

A teacher accuses you of cheating after you ace a test. When you try to defend yourself, the teacher says there is no way you could have gotten all of the right answers on your own.

Lately your parents have been fighting a lot. Your older brother says it’s your fault and the whole family would be a lot better off if you had never been born.
How are you feeling right now? Do you notice what emotions you may be experiencing just by reading and imagining these interactions? What kind of emotional reaction comes to the surface?
More importantly, how do these emotions determine what you would do?
Would you turn around and hit back at the classmate behind you out of anger?
Would you passive-aggressively refuse to invite your “friend” to an upcoming get-together with your other friends?
Would you yell at your own mother for turning off your video game out of frustration?
These are all common reactions to emotional situations. And emotions are FINE. They reflect the very image of our Creator. Jesus himself got angry. He felt sad. He was frustrated. He felt indignant. Emotions are not sinful or wrong or evil. You should never feel guilty for experiencing emotions. 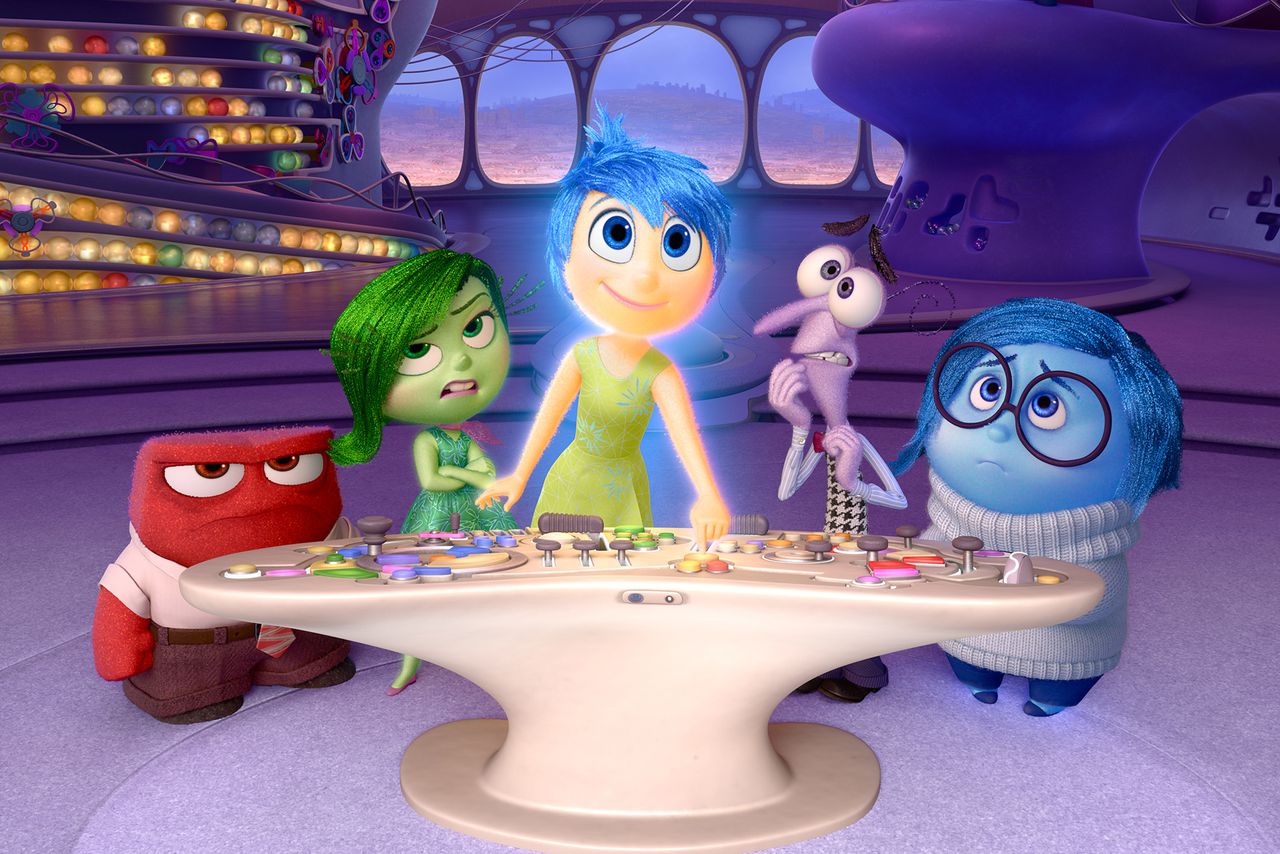 Have you ever gotten into an argument with a sibling? More specifically, have you ever gotten into a fight with a sibling simply because deep down you were jealous of them?
Maybe they got better grades on their report card. Maybe mom and dad let them have extra dessert. Or maybe they always get to control what Netflix shows your family watches. Or maybe they’re better looking or more athletic than you.
Again, jealousy and anger are perfectly normal human emotions. They are meant to tell us about ourselves so that we can course-correct if needed. But what happens when we don’t keep our emotions in check?
Last week we looked at Genesis 1, 2, and 3 as the beginning of human relationships and community. But now, look at Genesis chapter 4. Things escalate quickly.

Now Adam had sexual relations with his wife, Eve, and she became pregnant. When she gave birth to Cain, she said, “With the Lord’s help, I have produced a man!” Later she gave birth to his brother and named him Abel.

When they grew up, Abel became a shepherd, while Cain cultivated the ground. When it was time for the harvest, Cain presented some of his crops as a gift to the Lord. Abel also brought a gift—the best portions of the firstborn lambs from his flock. The Lord accepted Abel and his gift, but he did not accept Cain and his gift. This made Cain very angry, and he looked dejected.

“Why are you so angry?” the Lord asked Cain. “Why do you look so dejected? You will be accepted if you do what is right. But if you refuse to do what is right, then watch out! Sin is crouching at the door, eager to control you. But you must subdue it and be its master.”

One day Cain suggested to his brother, “Let’s go out into the fields.” And while they were in the field, Cain attacked his brother, Abel, and killed him. (Genesis 4:1-8 | NLT)

You may have wanted to hurt or punish your sibling in some way. But I highly doubt you have ever been so angry that you wanted to literally kill them. Cain just could not get control over his emotional reaction.

It’s easy to sit back and point out what he should have done – gone back and sacrificed a better offering to God. But how many of us really take the time to think about what we should do?

God even warns him! This warning is for each and every one of us, too: Sin is crouching at the door, eager to control you. But you must subdue it and be its master.

Emotions themselves are not sinful. But if we are not careful, then we can allow our emotions to gain too much control, leading to sinful reactions. Our emotions make great thermometers, letting us gauge ourselves internally so that we can respond appropriately. But too many of us let our emotions act more as thermostats, actually controlling what we do and how we react.

We must be in control of our emotions, not the other way around.

Hal Runkel, licensed Marriage and Family Therapist and author of Scream-Free Parenting, says this: Emotional reactivity is our worst enemy when it comes to having great relationships.

On the surface, react and respond seem like synonyms. But they are very different in practice. Check out this article by Scream-Free or this one by Psychology Today to find out the difference between reacting and responding. Here is the summary:

It all has to do with timing. Reactions happen within a split second. Before our brains can even process what’s happening, words or fists (or both) start flying. We literally don’t even know what we’re saying or doing when we react.

But if we take just a second or two (that’s seriously all it takes) for the decision making processes in our brain to catch up, then we can issue a controlled response.

Reactions escalate the situation. Responses typically de-escalte. Put another way, reactions often lead to the very outcome we were hoping to avoid!

I really appreciate how YouTuber Preston Smiles explains it in this short video:

So how do we do this? How can we react less and respond more?

Bad news: It’s going to take a lot of work and discipline.
Good news: You CAN do it. It is POSSIBLE.
Bad news: You’re still going to mess up…a lot.
Good news: We can all have grace and forgiveness for each other.

A good way of thinking about reacting vs. responding is in the context of a car crash. If I were to be the first on the scene of a really bad wreck, I don’t know exactly what I would do. Hopefully I would have my wits about me enough to call 9-1-1. But I might panic and freak out (or even faint) if there was blood and carnage. I would be reacting to the scene – not really helping anybody.

But then the ambulance, paramedics, police, and fire fighters show up. They are the first responders.  They have gone through countless hours of training and preparation for situations like this. They have the skills, the tools, and the demeanor to respond quickly, appropriately, and efficiently to whatever comes their way.

It takes training and effort to become better at responding instead of reacting. But I think there are a few scriptures that are helpful.

And “don’t sin by letting anger control you.” Don’t let the sun go down while you are still angry, for anger gives a foothold to the devil. (Ephesians 4:26-27 | NLT)

It’s not a sin to be angry. Let me repeat: Anger is not sinful. Reacting in anger can lead to sinful behavior – insults, abuse, etc. And the longer we let our anger fester, the worse it grows. A little interaction that leads to anger can morph into something much worse. You can begin assigning motives and reading into every little thing the person does. Suddenly, all your interactions are tinged with negativity. So don’t react in anger, but don’t keep your anger bottled up inside, either. Take some time to calm down, but then deal with it.

Understand this, my dear brothers and sisters: You must all be quick to listen, slow to speak, and slow to get angry. Human anger does not produce the righteousness God desires. (James 1:19-20 | NLT)

Listen first. Always. And listen to understand. So many times we simply listen to reply. We listen in order to trap the other person in what they say. Or we simply stay quiet until they’re done so that we can get out what we wanted to say all along. SOOOOO many arguments could be avoided if we simply took time to listen – really listen – to each other. And often, if we do that then we can actually slow down our anger.

Finally, check out the words of Jesus:

“You have heard the law that says the punishment must match the injury: ‘An eye for an eye, and a tooth for a tooth.’ But I say, do not resist an evil person! If someone slaps you on the right cheek, offer the other cheek also. If you are sued in court and your shirt is taken from you, give your coat, too. If a soldier demands that you carry his gear for a mile, carry it two miles. Give to those who ask, and don’t turn away from those who want to borrow.

“You have heard the law that says, ‘Love your neighbor’ and hate your enemy. But I say, love your enemies! Pray for those who persecute you! In that way, you will be acting as true children of your Father in heaven. For he gives his sunlight to both the evil and the good, and he sends rain on the just and the unjust alike. If you love only those who love you, what reward is there for that? Even corrupt tax collectors do that much. If you are kind only to your friends, how are you different from anyone else? Even pagans do that. But you are to be perfect, even as your Father in heaven is perfect.”  (Matthew 5:38-48 | NLT)

See how much can begin to change if we simply took a moment to think through our response rather than simply reacting – or overreacting – to emotional situations?

Try it with your boyfriend/girlfriend; with your spouse; with your brother or sister (no matter how annoying they are!); with your friends (especially that one who likes to start all the drama); with your teachers; with your coaches and teammates; with the bullies and jerks.

Say these things to yourself:

“I’m not sure what anyone else is going to do, but this is what I’m going to do.”