Whenever you take a road trip with kids, there are certain questions that are almost guaranteed to be asked – repeatedly – from the back seat. Do any of these sound familiar?


Where are we going?


Are we there yet?


I remember the “dad-joke” responses my parents always gave to those questions. Where are we going? “That way.” Thanks…

These questions are inevitable because most kids are curious. It’s not that they don’t trust their parents, it’s that they want to be “in the know.” And isn’t that the way it is with us when it comes to our faith? It’s not that we don’t trust God, we just want to be in the loop. We want to feel included. There is comfort in knowing certain things, and it makes some of us nervous when we don’t have any clear answers.

But I think we can find some answers to these very questions when it comes to our journey of faith.

WHERE ARE WE GOING?

When you start off on a journey, it’s good to know your final destination. I’ve never been one of those people who can just jump in the car and drive. “Going for a drive” has never been my thing. I like to know where I’m going.

So when it comes to the Christian faith, where are we going? Where is this all headed? What is the end goal of the journey?

If you said “heaven,” I will give you partial credit.

Here’s why. Jesus wasn’t that concerned about teaching people how to “get to heaven when you die.” The idea of heaven that most of us have is more shaped by Greco-Roman mythology than by the Scriptures or Jesus’ teachings. When we think about heaven, many of us picture this ethereal, spiritual realm, a completely disembodied existence. We picture a place where our souls finally escape this material world for an eternity floating among the clouds surrounded by light and rainbows and butterflies.

Not only does that sound dreadfully boring, that also sounds more like the Greek understanding of the afterlife – Hades and Elysium – than the new heavens and the new earth as described throughout the Bible. The goal of the Christian faith is not some disconnection or transcendence of the spirit beyond the physical plane. The goal is RESURRECTION, a re-creation of the “very good” cosmos as God intended it.

Jesus had a few different phrases for this.

The Kingdom is the end goal for the followers of Christ. What does that mean, though?
One of my favorite older hymns is “This Is My Father’s World.” I especially appreciate the final lines of that song: “This is my Father’s world / The battle is not done / Jesus who died shall be satisfied / and Earth and Heaven be one.” If heaven is God’s space and the Earth is humanity’s space, the end goal is not the complete separation of the two but rather the complete UNITY of the two.
This video from The Bible Project does an amazing job explaining this concept:
The goal of the Christian faith is not to “go to heaven when you die,” but to bring about the Kingdom of Heaven here on earth by living out God’s will.
ARE WE THERE YET?

Ugh…. the most insufferable of all the road trip questions. No! Of course not! Does it look like we’re there?! You will know when we get there.
As annoying as that question may be coming from the back seat on a long car ride, I think it’s a fair enough question to ask in regards to our journey of faith.
Are we there yet?
Look around. Does it look like we’re there yet?
When I take a look at the world I see nations in turmoil, genocide, human trafficking, poverty, famine, cancer, injustice, division. I see families splitting apart. I see children being ripped away from parents. I see lives full of potential cut short by suicide.
Does it look like we’re there?
But I also look around and see addicts finding healing and community. I see non-profits full of people stepping up to provide relief after famines and hurricanes and earthquakes. I see local food pantries serving thousands of people each month. I see men and women fighting against human trafficking, fighting against poverty, fighting against AIDS, fighting against suicide, fighting against injustice and corruption and hypocrisy.
Does it look like we’re there?
We live within the tension, within the paradox of the “already but not yet.” Is the Kingdom of God here? Yes. Is the Kingdom of God yet to come? Yes.
When Jesus began his ministry, he went around saying, “Repent for the kingdom of heaven is near.” It’s just around the corner. It’s so close I can smell it. It’s like going to the beach and smelling the ocean air before you can see the waves. It’s like going to the amusement park and hearing the screams from the coasters as you walk through the parking lot. The Kingdom of Heaven is near.
Jesus also taught his followers to pray like this, “Your kingdom come. Your will be done on earth as it is in heaven.” Those two sentences mean the same thing – Jesus is praying in Hebrew poetic verse which is formed on parallelism. For God’s kingdom to come means that God’s will is being done on earth as it is in heaven. The kingdom of heaven is breaking through on earth. Wherever God’s will is done, that is where the kingdom can be found.
We live in the already, but not yet. We are in what Jesus called “the age to come.” The Kingdom is a present reality not fully realized. But that day is coming. Which leads us to the final question.
WHEN WILL WE GET THERE?

Before the days of GPS, this was an unbelievably vexing question because it required the driver to do math. (If our destination is 180 miles away and we’re averaging 72 miles per hour, then how long before we arrive, keeping in mind that the speed limit drops down to 55 and there’s construction…) But now my phone app tells me when we will arrive and keeps me updated to any changes. My 7yr old son likes to have the GPS on even when I know where I’m going because he likes to keep track of the countdown (only 17 minutes to go).
But this question of WHEN has been asked for thousands of years. Many times throughout the Psalms and the Prophets people raise the question, “How long, O Lord?!” It’s no different with us. We want to know God’s timing, and we want it to be in sync with our own agenda. We want God to act NOW. Or at the very least we want to know when God is going to act. 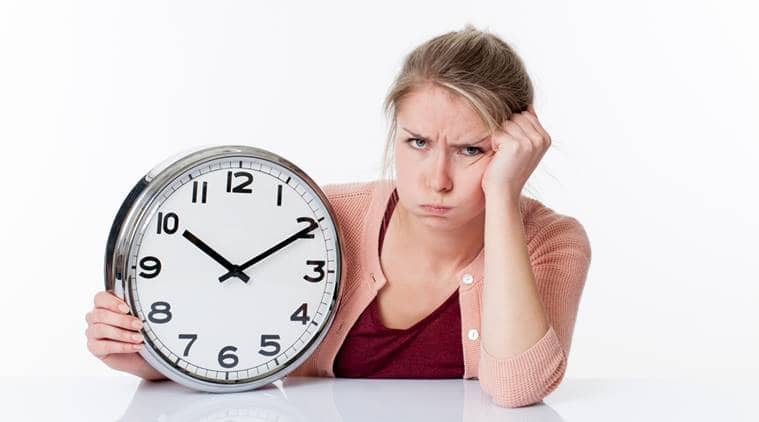 It’s fascinating to me the number of times men have tried to somehow calculate the time when Christ would return. What a fruitless endeavor if there ever were one. Christ himself made it almost painfully clear that no one – no even HE – knows God’s timing. The point is to be ready. The point is to live in the reality of the Kingdom of Heaven every day.

Right before Jesus leaves the earthly realm and ascends to the heavenly realm, he has this interaction with his disciples:

Then they gathered around him and asked him, “Lord, are you at this time going to restore the kingdom to Israel?”
He said to them: “It is not for you to know the times or dates the Father has set by his own authority. But you will receive power when the Holy Spirit comes on you; and you will be my witnesses in Jerusalem, and in all Judea and Samaria, and to the ends of the earth.” (Acts 1:6-8)

They were expecting the kingdom to come in full right then. But Jesus tells them that they have some work to do. Don’t worry about how long it will take. Just get busy living out God’s will and expanding the Kingdom here on earth. The rest of Acts is showing how that mission was carried out by the apostles and the earliest Christians.

But think about what that means for us today. According to some estimates, there are still 2-3 Billion people around the world who have never heard the gospel of Jesus Christ. There are many people who don’t have the Scriptures translated into their own language yet. We haven’t yet fulfilled the mission given to us 2000 years ago.

With the Lord a day is like a thousand years, and a thousand years are like a day. The Lord is not slow in keeping his promise, as some understand slowness. Instead he is patient with you, not wanting anyone to perish, but everyone to come to repentance. (2 Peter 3:8-9)


WHERE ARE WE GOING? It’s not so much about going anywhere. The Kingdom of God is coming here, to us.

ARE WE THERE YET? Yes and no. We need to be living as citizens of the Kingdom while realizing that the Kingdom has yet to fully come. We live in the “already but not yet.”

WHEN WILL WE GET THERE? We must be patient and wait on God’s timing. God wants as many people as possible to live the Kingdom life and to hear the Good News about Jesus.