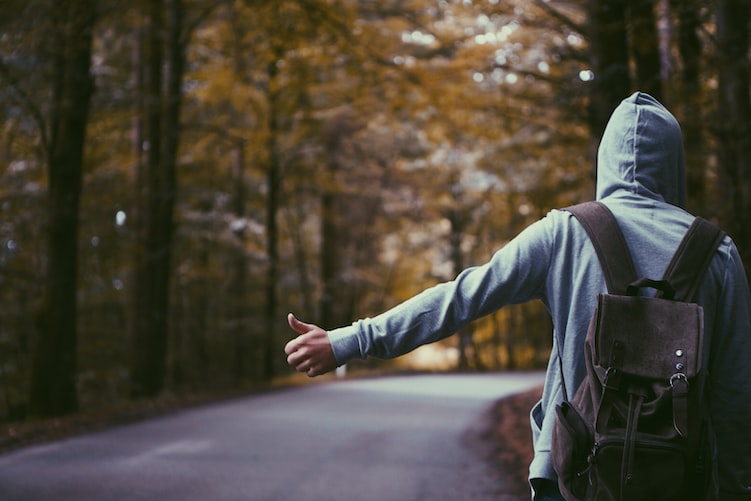 Ok, so here’s the thing. Psychologists sometimes explain consciousness as the story we tell ourselves. We make meaning out of anything and everything. We have supporting characters and extras, protagonists and antagonists. And wouldn’t you know it? We just so happen to always be the hero in our own story. One of the best portrayals of this is in the Will Ferrel movie Stranger Than Fiction.

We are the hero in the story we tell ourselves that makes up our conscious experience of life.

So the thing to remember about Jonah is that he is the hero in his own story. No, he may not be the “hero” in the story recorded in Scripture. But in the moment, to himself, he is definitely the good guy. Jonah is doing what he thinks is right. He/Israel is the good guy. Nineveh/Assyria is the bad guy.

Where does that put God?

There’s an interesting scene in the book of Joshua. The Hebrew nation is on the verge of entering the Promised Land after 40 years of nomadic life in the wilderness. The only thing standing in their way is the heavily fortified city of Jericho. Joshua is walking around the area one time and he’s stopped in his tracks by an Angel from God. Joshua asks if the Angel is on their side or on the side of Jericho. The Angel’s answer? “Neither.” (Joshua 5:13-15)

Is God for us or for our enemies? Neither. That’ not how this works. Jonah thinks he’s doing the right thing by disobeying God. The call to Nineveh seems traitorous. Jonah still has this “us vs. them” mentality. God doesn’t play those games. God is not for someone if it means being against someone else. God is truly for all people, everywhere.

For God so loved the world, that he gave his only Son, that whoever believes in him should not perish but have eternal life. For God did not send his Son into the world to condemn the world, but in order that the world might be saved through him. (John 3:16-17)

The Lord is not slow to fulfill his promise as some count slowness, but is patient toward you, not wishing that any should perish, but that all should reach repentance. (2 Peter 3:9)

…but God shows his love for us in that while we were still sinners, Christ died for us. (Romans 5:8)

It’s completely counter to the message of Scripture to believe there are some people not worth saving. God gave Jonah a mission to go to the Assyrians in Nineveh. Jesus gave his disciples (including us!) a mission to go into “all the world” and take the message of God’s grace to “every nation.” All means all. Every means every.

But there’s more to it for Jonah. This is possibly the most shocking part of Jonah’s escape. God gives a chilling warning to Ezekiel (who was after Jonah, but I believe the warning would still apply to Jonah).

Once again a message came to me from the Lord: “Son of man, give your people this message: ‘When I bring an army against a country, the people of that land choose one of their own to be a watchman. When the watchman sees the enemy coming, he sounds the alarm to warn the people. Then if those who hear the alarm refuse to take action, it is their own fault if they die. They heard the alarm but ignored it, so the responsibility is theirs. If they had listened to the warning, they could have saved their lives. But if the watchman sees the enemy coming and doesn’t sound the alarm to warn the people, he is responsible for their captivity. They will die in their sins, but I will hold the watchman responsible for their deaths.’
“Now, son of man, I am making you a watchman for the people of Israel. Therefore, listen to what I say and warn them for me. If I announce that some wicked people are sure to die and you fail to tell them to change their ways, then they will die in their sins, and I will hold you responsible for their deaths. But if you warn them to repent and they don’t repent, they will die in their sins, but you will have saved yourself.” (Ezekiel 33:1-9)

Did you catch that? If you know something bad is going to happen and you don’t tell anyone – that’s on you! So often we use fear of rejection as a reason not to share the Gospel with people. But if we neglect to tell people about Jesus, then their eternal destruction is on us. If we tell them and they refuse to listen, then that’s on them.

Jonah refused to go to Nineveh and warn them of the coming destruction. In doing so, he was accepting responsibility for their demise.

If Jonah is the hero and Nineveh is the enemy, then it obviously makes sense that Jonah would do this. He’s single handedly ensuring the downfall of Israel’s greatest enemy. Way to go, Jonah!

Our task is to see the world as God see it – not as us vs. them, not as winners and losers, not as good and evil, but as God’s children. Or as Jesus would put it – the 99 sheep in the fold and the one lost sheep waiting to be found.

What do you think? Was Jonah doing the right thing for Israel? What would you do if God called you to share the Gospel with your “enemies?” Keep the conversation going in the comments, and be sure to subscribe so you never miss a post!