Since you died with Christ to the elemental spiritual forces of this world, why, as though you still belonged to the world, do you submit to its rules: “Do not handle! Do not taste! Do not touch!”? These rules, which have to do with things that are all destined to perish with use, are based on merely human commands and teachings. (Colossians 2:20-22)
********

Norms are based on fear – go along to get along, just keep your head down and go with the crowd. I heard this in a presentation recently by some folks from a group called Axis: “The problem today isn’t unanswered questions. The problem is unquestioned answers.” We get ourselves into trouble as a society when we don’t bother questioning the way things have always been – who’s in and who’s out, what’s trendy and what’s taboo. Jesus simply doesn’t play by the same rules. Just when you think you’ve got him figured out, he flips the script.
YOU’RE NOT SUPPOSED TO TOUCH THAT

At the end of Mark 1, we’re briefly introduced to a man. We don’t now much about him. All it really says is that he’ “a man with leprosy.” I wish I knew more – How long did he have the disease? Did he have a wife and kids? What did he do before he got leprosy? How far along was the disease? How bad of condition is he in?
But we do know a couple of things. 1) He had leprosy, or a really bad, really contagious skin disease. 2) He wasn’t supposed to be around people. 3) Nobody who was “clean” was supposed to touch someone with leprosy for fear of catching the disease themselves or being declared “unclean” for a period of time. 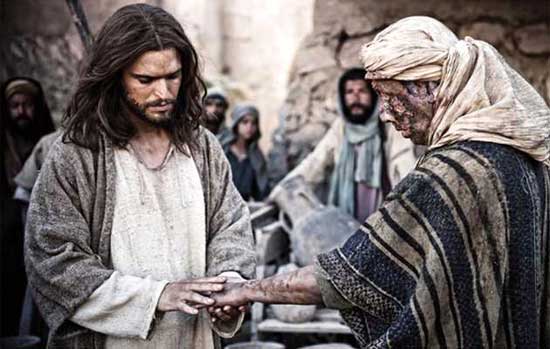 There was no cure for leprosy. True leprosy, in fact, isn’t a skin disease per se. It’s a nerve disease. Leprosy affects your sense of touch. You begin to lose feeling in your skin and muscle tissue. It can manifest as a skin disease because lepers will often cut themselves and not know it. The wound then becomes infected and the infection can spread through other parts of the body. Lepers were relegated to their own communities outside of the towns and villages. They were essentially quarantined until they died.
Imagine losing all sense of feeling and not being able to hug your wife and kids, not being able to shake hands or high five or experience human contact in any form. I would go crazy!
So this man breaks all the rules and makes his way to Jesus. “If you are willing,” he said, “you can make me clean.”
Jesus could have just said the word – but he didn’t. Jesus “reached out his hand and touched the man.” Jesus, you aren’t supposed to touch him! Everyone knows that. Ew…go wash your hands, right now.
Jesus didn’t have to touch the man. Jesus wasn’t supposed to touch the man. But the man needed to be touched. You see, Jesus always placed people before norms and traditions (and even Laws).
YOU’RE NOT SUPPOSED TO SAY THAT

The next story Mark tells is of a paralyzed man whose friends lowered him down through the ceiling of the house where Jesus was teaching. Only true friends will cause vandalism on your behalf.
So there’s this paralyzed man with a newly made spotlight on him, front and center for all to see. Again, Jesus could have just said the word and the man would have been healed. But Jesus says the unthinkable: “Son, your sins are forgiven.” The gasps would have been audible. The teachers of the law were only saying what everyone else would have been thinking. “Who can forgive sins but God alone?”
Exactly.
The problem is there is no “proof” of sins being forgiven. Anyone could just say it. That doesn’t make it true. Jesus proves the point, though, by saying the word and healing the man. Everyone is shocked, and they rightly conclude, “We’ve never seen anything like this!” Yes, because Jesus doesn’t do or say what we expect him to do or say.
YOU’RE NOT SUPPOSED TO HANG OUT WITH THEM

It gets worse.
Mark then tells the story of Jesus’ encounter with a man named Levi (also known as Matthew). Levi was a tax collector or, as his fellow Jews would call him, a traitor. Tax collectors had literally sold out to the enemy – Rome. The Roman army was occupying the territory of Israel and was using Jewish taxes to pay for their occupation. For a Jew to collect taxes from other Jews to support the occupying army was absolutely reprehensible. You’ll notice that they are even given their own category – “sinners and tax collectors.”
So Jesus goes up to Levi at his tax booth. You would think that Jesus is going to encourage Levi to stop taking money from the Jews to support the Romans, that he should be ashamed of himself, and that he’s on the fast track to hell. But that’s just what we would do, not what Jesus does.
Jesus simply says, “Follow me.”
And Levi does! 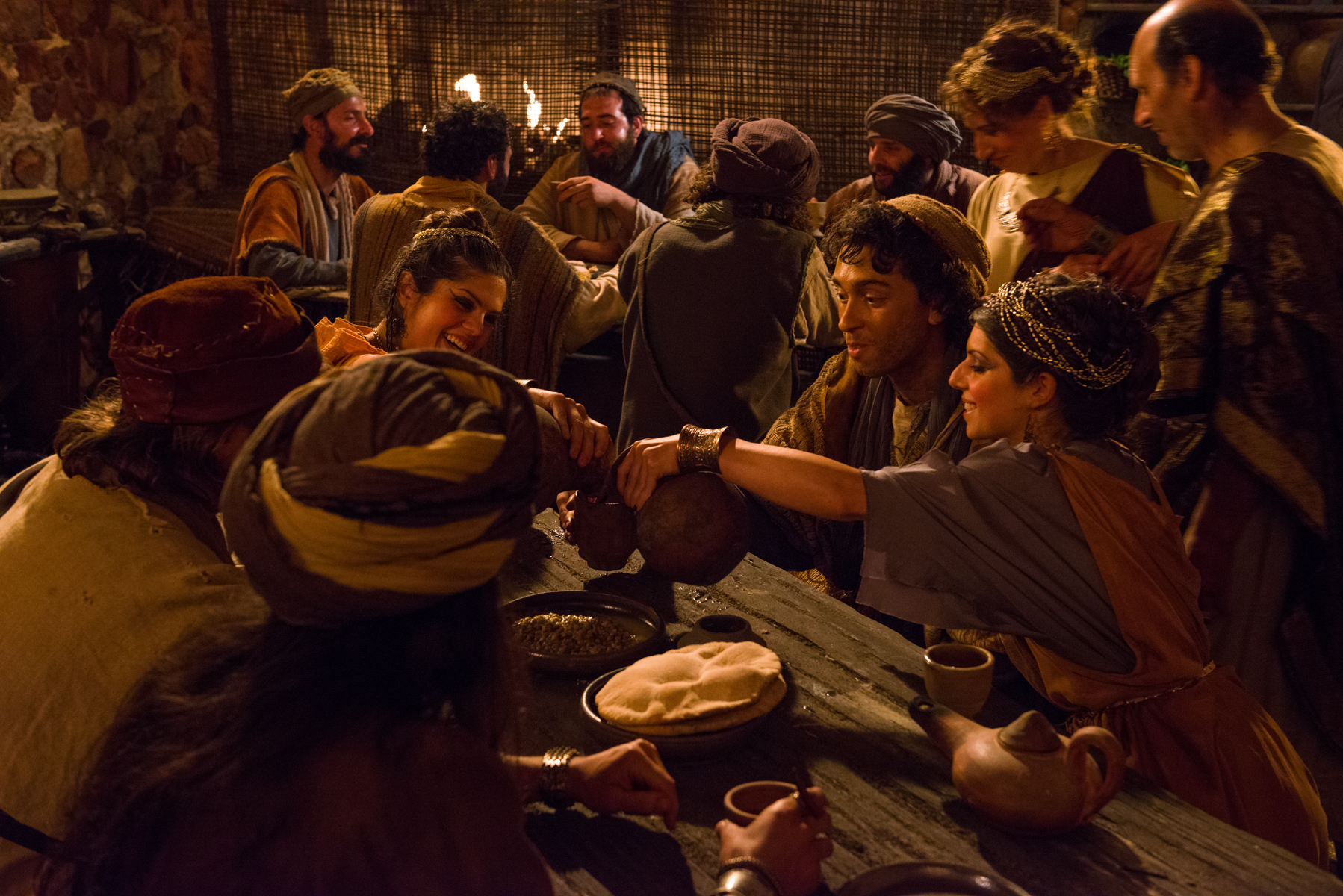 That night they throw a big party at Levi’s house, inviting all the other “tax collectors and sinners” to join them. You’ll also notice that parties broke out wherever Jesus went.
This caught the attention of the Pharisees who questioned why Jesus was doing this. What Rabbi in his right mind would be caught dead eating with “those people?”
Jesus simply responds, “It is not the healthy who need a doctor, but the sick. I have not come to call the righteous, but sinners.”
I think Jesus is really throwing shade at the Pharisees, because they would know the passage from Isaiah – “There is none who is righteous, no not one.” We’re all sick in need of healing. We’re all sinners in need of forgiveness. The difference is that the tax collectors and sinners acknowledge their own brokenness and accept Jesus’ ability to fix them. You’ve heard it said, “If it ain’t broke, don’t fix it.” But I tell you, “If you don’t know you’re broken, you can’t ever get fixed.”
WHO DOES HE THINK HE IS?
Here’s the really interesting part about all this.
Where were lepers supposed to go in order to be declared “Clean” again? The Temple.
Where were people supposed to go in order for their sins to be forgiven? The Temple.
Where was the one place “tax collectors and sinners” were prohibited from going? The Temple.
Jesus is the meeting point between heaven and earth, like the Temple was supposed to be. In Jesus, God dwelled among his people. Jesus embodied everything the Temple was supposed to be. Instead of being made unclean, Jesus makes the unclean clean again. Jesus forgives and takes away people’s sins. And if tax collectors aren’t welcome at the Temple, then Jesus will take the Temple to them!
WHO DO YOU THINK YOU ARE?

This shouldn’t be much of a surprise. Not soon after Mark wrote his gospel account, the Temple in Jerusalem would be completely demolished by the Roman army. There hasn’t been a Temple in Jerusalem since the year 70. But just as Jesus took the job of the Temple upon himself, so we, his church, become the living, breathing Temple of God wherever we gather.

Don’t you know that you yourselves are God’s temple and that God’s Spirit dwells in your midst?
(1 Corinthians 3:16)

So what does this mean for us? We should be a place where people are made clean, where the broken are made whole, where sinners find forgiveness and acceptance, where the sick are made well, where the poor and the outcast are full members, and where all the wrong people are united under the one Lord Jesus Christ.
Want to be like Jesus? Touch the untouchable. Forgive the unforgivable. And throw parties with all the wrong people. In other words, be the Temple of God wherever you go.