You know what’s really interesting to do? Try reading Genesis 3 through the lens of developing civilizations. Think about the transition humans made from hunter-gatherer societies to agrarian societies and see how it lines up with the transition we see take place through Genesis 2, 3, and 4.

The man and woman are in the garden. God has given them one rule – don’t eat from the tree of the knowledge of good and evil. I don’t want to dive into the whole question of why God placed that tree there or why it was so bad for them to do it. That’s a whole other discussion.

The point is that they disobeyed God, sin and death entered the world, and there were major repercussions. One key consequence of their action was a rift in the relationship between the man and the woman.

So let’s take some time to see how the story plays out and how it changes everything.

When the woman saw that the fruit of the tree was good for food and pleasing to the eye, and also desirable for gaining wisdom, she took some and ate it. She also gave some to her husband, who was with her, and he ate it. Then the eyes of both of them were opened, and they realized they were naked; so they sewed fig leaves together and made coverings for themselves.
(Genesis 3:6-7)

A few things to note from these verses:

The woman was deceived. I’m not arguing that point. But I wonder why she was deceived? When the serpent asked her, “Did God really say you must not eat from any tree in the garden?” the woman responded with a different take on the command than from what God has said in the previous chapter. That command, by the way, was only given to the man. Some have taken that to mean that only the men should be entrusted with the words and commands of God because women are too easily deceived. OK…but let’s try out another line of reasoning.

Shouldn’t women get access to the same information about God as the men? Shouldn’t a woman be able to study and learn for herself instead some man acting as the intermediary between her and God? The woman seemingly had to rely on the information given to her by the man. Yes, she succumbed to the temptation – but so did the man! Which leads us to the next point…

The man knew it was wrong. He was given the directive from God himself. And he still did it anyway. That wording indicates that the man was there with her, not that she had to go off and find him. The man was just as easily swayed as the woman. This is not a passage about the religious superiority of men over women. This is a passage about how men and women both have a propensity toward sin and wanting to find shortcuts around what God has planned for them. At some level, even though they both had everything they could ever want or need, they were convinced that God was holding out on them. They were partners in life, and now they were partners in sin.

And that’s where it all went wrong. They tried to cover it up and hide it all from God – a fantastically unsuccessful plan. When God came calling, they had no choice but to fess up and take full responsibility for their actions…

They did what we all do – they played the blame game. The man blamed the woman “who you gave me!” The woman blamed the serpent. Everyone was pointing fingers, and nothing would ever be the same.

To the woman he said,
“I will make your pains in childbearing very severe;
with painful labor you will give birth to children.
Your desire will be for your husband,
and he will rule over you.”
To Adam he said, “Because you listened to your wife and ate fruit from the tree about which I commanded you, ‘You must not eat from it,’
“Cursed is the ground because of you;
through painful toil you will eat food from it
all the days of your life.
It will produce thorns and thistles for you,
and you will eat the plants of the field.
By the sweat of your brow
you will eat your food
until you return to the ground,
since from it you were taken;
for dust you are
and to dust you will return.”
(Genesis 3:16-19)

Suddenly there is a rift – between God and humanity, between humanity and creation, and between the man and the woman.

This is where it might be helpful to take an anthropological view of the story. From what we can tell, hunter-gatherer societies were much more egalitarian than agrarian civilizations. It makes sense if you think about it. In hunter-gatherer communities, both roles are important to sustaining the life of the community. Men hunt and bring home the prey maybe a few times a month. The women forage and gather berries, roots, nuts, fruits, vegetables, etc. that are needed for the daily functioning of the family and village. Both contribute, both play to their strengths.

But when people started planting and harvesting crops and domesticating animals, there was no longer a place for the women to make an equal contribution. Men did all the hard labor (see Genesis 3:17-19 above). Men worked the land. Men ran the farms and businesses. Men herded the cattle. Men built the infrastructure necessary to sustain it all. And in a society where men are the major producers, women become commoditized. Women were vital for rearing children and keeping them alive until the children could work to support the father’s business. Thus, women had a price on them. And the more wives the better, because more wives equalled more children and more children equalled more hands to work the farm. 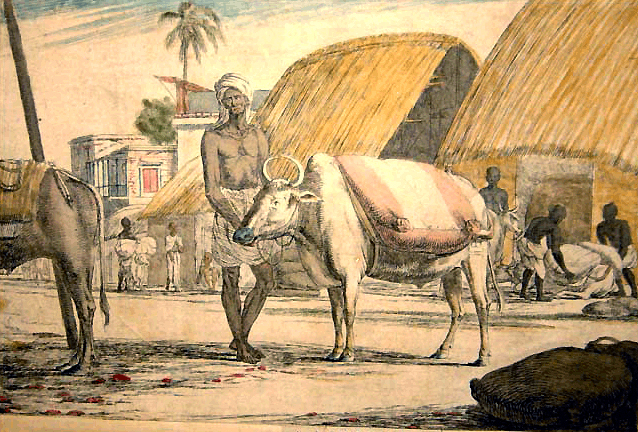 In these societies men owned the land and the business. They owned their wives and their kids and their slaves. There was a hierarchy to it. The man was the head of the household, the pater familias, the king of his castle. Women were relegated to the home, and maybe the marketplace, sometimes the place of worship. Women had no legal rights or rights of ownership.

The question, then, is – Did God intend for it to be this way? Let me put it this way… Did God really say that men should be the sole leaders of the household and civil society and religion? Did God say that women should be bought and sold and treated as property? Did God ordain the patriarchy?

Or, perhaps, maybe… the patriarchy is a flawed system that was a result of the fall and sin entering the world. Maybe God foresaw the consequences of this power imbalance. Maybe what God told the woman (Your desire will be for your husband, and he will rule over you) was not so much his punishment as it was a warning about what would happen if this was the kind of life they chose for themselves. The wording is nearly the same as the warning God gave Cain in the next chapter (sin is crouching at your door; it desires to have you, but you must rule over it).

God knew that if everyone was only out for themselves – as we see happen with the whole sin narrative of Genesis 3 – then that would ultimately lead to a power struggle between the sexes. Women were going to be fighting an uphill battle to reclaim their place as equals alongside the men. The men, being biologically stronger and more aggressive, were going to see that desire for equality as a threat to their own position and exert their rule by force over the women.

All because of a stupid piece of fruit.

But there would come one – a promised descendent of the woman – who would deal the death blow to the deceiver and set things right again.
…….

I know you’re probably thinking, “Well what about what Paul says in 1 Timothy 2?” The fact that you want to rush there is part of the problem in having these conversations. We must work our way to it, so that we will be ready to really wrestle with the two most problematic passages in Paul’s letters. We can’t ignore or skip over 93% of the Bible. That’s something Paul never would have done.