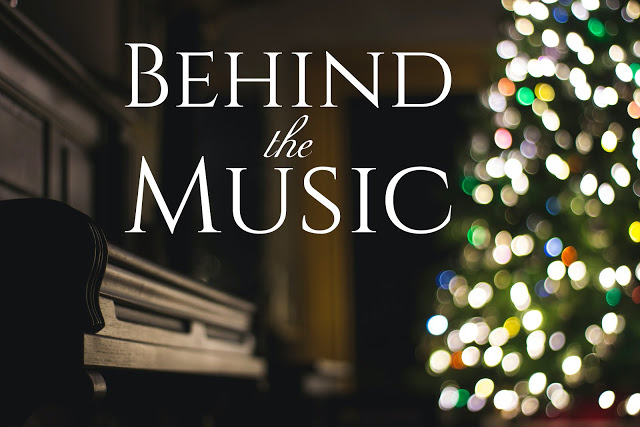 It Came Upon the Midnight Clear
Lyrics by Edmund Sears (1849)
Music by Richard Willis (1850)
“Peace on Earth” spelled out in colored strands of lights displayed on the rooftops of homes and businesses. We’ve all seen it. We have all longed for peace. We want the wars to end. We want the violence to stop. But is it all just a false hope? The world seems to be anything but peaceful.

Let’s be honest. Sometimes the world seems just as dark and cold as a night in late December. It can seem downright impossible for peace to win out. This was exactly the kind of melancholy that lead to the composition of the Christmas hymn It Came Upon the Midnight Clear.

The lyrics were written in 1849 by Edmund Sears, a Unitarian pastor near Boston, Massachusetts, at the request of one of his friends and fellow church leaders. The Mexican-American War had just ended the year before. Bloody social revolutions were happening across Europe. The American slave trade was operating in full force with no feasible end in sight. Everywhere he looked there was only violence, bloodshed, oppression, war, and strife.

As Sears read through Luke chapter two, he began to wonder how we could have ignored the song of the angels for all these centuries? They announced peace on earth and goodwill to man, and the world just shrugged its shoulders.

Glory to God in the highest,
and on earth peace,
good will toward men.
Luke 2:14, KJV

Sears was both anti-war and an outspoken abolitionist. His Christmas hymn is almost unique in that its focus is not primarily on the manger in Bethlehem. Instead, Sears focuses on the dark realities of a world that has long ignored the angelic call to peace.

Sears compares the chaotic world full of power struggles and delusions of grandeur to the infamous Tower of Babel. He bemoans the fact that the noise of battle has deafened us to the angels’ song. Ignoring the call to peace has resigned us to “two thousand years of wrong.” He pleads with us to “hush the noise” so we can hear the song of peace, echoing the call of Psalm 46:10, “Be still and know that I am God.” Finally, Sears looks ahead to the day when everything ends, when every knee will bow and every tongue confess that Jesus is Lord, the Prince of Peace.

Will the world ever know the peace that Edmund Sears longed for? If the 150 years since this song’s composure are any indication, then the outlook is just as bleak as it was then. Just 15 years after this song, the US would be fully engaged in the Civil War. Seventy years after the song, the world would be caught up in “The War to End All Wars.” A century after the song, more than six million Jews would meet their gruesome demise at the hands of the Nazis, and two Japanese cities would be leveled by American atomic bombs.

Here we are, 150 years later. If Edmund Sears were here today, his message would be the same: “O hush the noise, you men of strife, and hear the angels sing.”
Jesus came to bring us peace. But he didn’t bring it as the world brings peace. The governments of the world offer peace at the edge of a sword. The Prince of Peace brings his peace not by taking lives but by offering up his own life. The world may never know true peace, but those of us who follow Christ are citizens of another kingdom. May we all know the peace of Christ. May we all be peacemakers. May we all hear the angels sing.

It came upon the midnight clear,
That glorious song of old,
From angels bending near the earth,
To touch their harps of gold:
“Peace on the earth, goodwill to men,
From heaven’s all-gracious King.”
The world in solemn stillness lay,
To hear the angels sing.

Still through the cloven skies they come,
With peaceful wings unfurled,
And still their heavenly music floats
O’er all the weary world;
Above its sad and lowly plains,
They bend on hovering wing,
And ever o’er its babel sounds
The blessed angels sing.

Yet with the woes of sin and strife
The world has suffered long;
Beneath the angel-strain have rolled
Two thousand years of wrong;
And man, at war with man, hears not
The love-song which they bring;
O hush the noise, ye men of strife,
And hear the angels sing.

And ye, beneath life’s crushing load,
Whose forms are bending low,
Who toil along the climbing way
With painful steps and slow,
Look now! for glad and golden hours
come swiftly on the wing.
O rest beside the weary road,
And hear the angels sing!

For lo!, the days are hastening on,
By prophet bards foretold,
When with the ever-circling years
Comes round the age of gold
When peace shall over all the earth
Its ancient splendors fling,
And the whole world give back the song
Which now the angels sing.