The one thing about Jesus life and ministry that amazes me even more than the miracle stories is the kind of people he brought together. When I read through the Gospels, I am shocked at the kind of people Jesus hung out with, ate with, and called friends.

Just think for a moment of all the people Jesus interacted with and befriended. 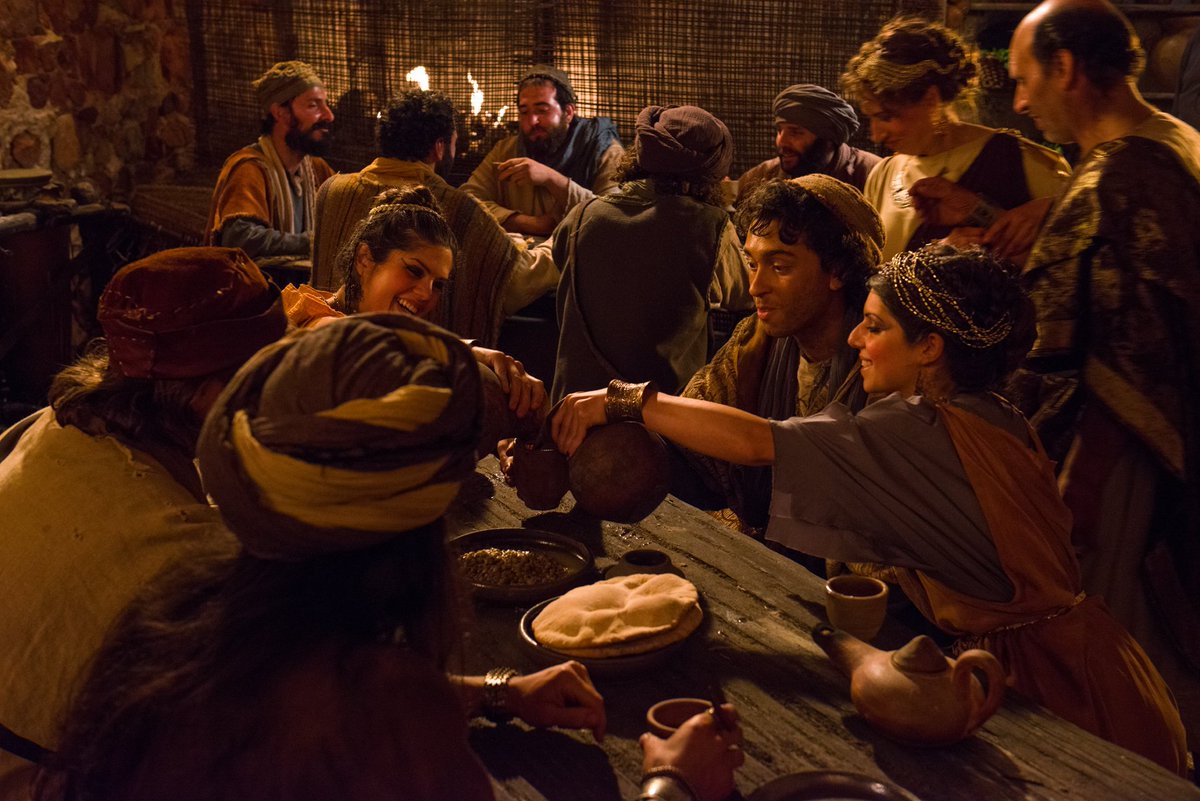 That’s quite the list. Jesus could never really be pinned down. Jesus defied all labels, all categories, all cliques. Jesus could feel at home with a bunch of “sinners and tax collectors” as well as with Pharisees and the religious elite. Jesus felt as comfortable out on the lake with a bunch of sweaty fishermen as he did in the Temple courts.
Wherever Jesus went he made everyone feel welcome and included. Whoever was with Jesus felt like they belonged there with him.
Maybe that in itself is one of the greatest miracles of Jesus – the miracle of radical inclusion.
Paul wrote about this radical inclusion in his letter to the church in Ephesus. One of the biggest problems facing the early church was how to include both Jews and Gentiles into this new thing called “The Way” or “The Kingdom.” Check out what Paul says:

But now in Christ Jesus you who once were far away have been brought near by the blood of Christ.
For he himself is our peace, who has made the two groups one and has destroyed the barrier, the dividing wall of hostility, by setting aside in his flesh the law with its commands and regulations. His purpose was to create in himself one new humanity out of the two, thus making peace, and in one body to reconcile both of them to God through the cross, by which he put to death their hostility. He came and preached peace to you who were far away and peace to those who were near. For through him we both have access to the Father by one Spirit.
Consequently, you are no longer foreigners and strangers, but fellow citizens with God’s people and also members of his household, built on the foundation of the apostles and prophets, with Christ Jesus himself as the chief cornerstone. In him the whole building is joined together and rises to become a holy temple in the Lord. And in him you too are being built together to become a dwelling in which God lives by his Spirit. (Ephesians 2:13-22 | NIV)

That “dividing wall of hostility” was a real thing. Paul is referring to the literal wall in the Jerusalem Temple separating the Court of the Gentiles from the inner courts where only the Jews could go. There would have been signs warning against any Gentiles passing through the gates in the wall. Any uncircumcised Gentile could be put to death for getting too close to the Temple itself. Gentiles were forced to worship from afar. But through Jesus there is no dividing wall. There is only full, complete access to the Father through the Spirit.

More than that, there is not longer a distinction between Jews and Gentiles. A common justification for racism or xenophobia is to claim that people of other races or ethnicities aren’t quite the same kind of human as you. But long before we knew anything about DNA and species, Jesus destroyed those arguments by making the two groups into one new humanity. There is only one race – the human race. No single group has any inherent advantage over any other group in the eyes of our Creator. We are all equal citizens in the Kingdom of God, full-fledged members of God’s household. Together we are the Temple.

And all God’s people said “Amen.” Then they went home and lived together in perfect harmony, happily ever after.

WHY CAN’T WE ALL JUST GET ALONG?

If the Gospels emphasize the radical inclusion of the Kingdom of God inaugurated in and through Jesus, then the books that come after (Acts and the Epistles) are all trying to answer the question, “So what do we do now?”

Nearly all of Paul’s letters have something to do with bringing Jewish and Gentile believers together under the Lordship of Jesus. A significant portion of Acts addresses the conflicting views between those who said Gentiles had to become more like Jews if they wanted to follow Jesus and those who said Gentiles didn’t have to follow the Law of Moses at all. Even Revelation gets in on the discussion when it paints this picture of heaven:

After this I looked, and there before me was a great multitude that no one could count, from every nation, tribe, people and language, standing before the throne and before the Lamb. They were wearing white robes and were holding palm branches in their hands. And they cried out in a loud voice:
“Salvation belongs to our God,
who sits on the throne,
and to the Lamb.” (Revelation 7:9-10)

And yet, the history of the church has been tainted with attitudes of hostility, racism, nationalism, even genocide and ethnic cleansing. It’s like we’ve been trying to build back up the “dividing wall of hostility” ever since Jesus tore it down. Because walls help us feel safe. They keep the bad people out. They keep us neatly divided as we think we should be.

Even within the church we try to emphasize our differences and divisions rather than what unites us. Often we end up placing more value on our national citizenship than on our citizenship in the Kingdom of Heaven. We paint people of other nations or ethnicities as the enemy, while ignoring the fact that we have brothers and sisters in Christ living and working and spreading the kingdom in those very nations.

YOU HAD ONE JOB 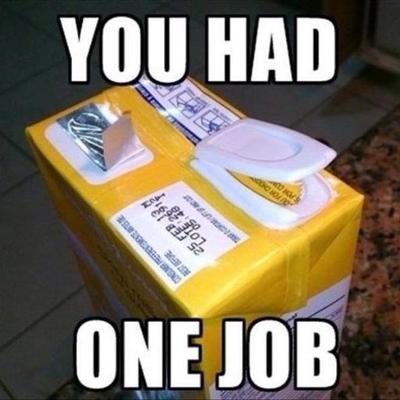 I enjoy laughing at those memes where something goes horribly wrong and the tagline is “You had one job.”

It’s funny until it’s your job that was done wrong.

If I were to ask you what the number one job of the church is, what would you say?
–Holding worship services?
-Feeding the poor?
-Caring for the homeless?
-Converting your atheist neighbor?
-Holding car wash fundraisers for mission trips?

One of the last things Jesus told his disciples before his crucifixion was this: 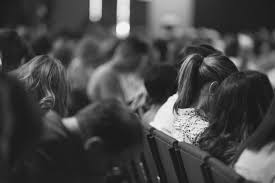 Our one job is to love one another. It’s hard to do that when the only time we’re around one another is for an hour on Sunday mornings sitting in pews and staring at the back of one another’s heads.

I think part of the reason we have this problem is our use of the word “church.” The original word in Greek is ekklesia. This was the word for a gathering of people, an assembly, a group. But by the time the Bible was being translated into English, the word commonly used in place of ekklesia was more like the word for “chapel.” It had come to refer to a place instead of a people, an institution rather than a gathering. We still use this language today when we talk about “going to church.” It’s a real shame that the translators used the word “church” instead of a word like “assembly.”

Christ didn’t die for an institution. Christ died for his people.

LET’S “ONE-ANOTHER” ONE ANOTHER

Like I said earlier, the Gospels introduce us to the radical inclusion of the Kingdom of God through Jesus. The rest of the New Testament is wrestling with the problems that arise when we promote and try to put into practice this kind of radical inclusion within a world full of “dividing walls of hostility.”

The solution is to one-another one another.

There are 59 passages in the New Testament that give instructions for how Christs followers are to treat “one another.” (Sometimes the phrase is translated as “each other,” but that’s not a big deal.) Check out this list:

Just think about what the church would look like if we all loved and encouraged one another. How awesome would it be if we knew that in the church we would be free from envy or slander or gossip or lies or grudges? How different would our churches and families and communities look if we all did this?

We could go on a big in depth study on each one of these “one another” commands. But what good would that do? Why not just do it instead?

Accept one another just as Christ accepted you.
Find someone this week and let them know you accept them, that they belong, that they are valued.

Encourage one another and build each other up.
Take time to encourage someone. Tell them how much you appreciate them or how awesome you think they are. Share with them what impresses you about them or how you see God at work in them.

Be devoted to one another in brotherly love.
Let the special people in your life know that you will always be there for them no matter what. You have their back. They can call or text you any time they need and you will be there.

Carry each other’s burdens.
Find someone you can open up to about what’s causing you stress and anxiety. Share with each other, pray for each other, and then offer to help each other through whatever it is.

Love one another deeply from the heart. Greet one another with a kiss of love.
Okay, so maybe not a kiss, but a hug will do the same. Give out hugs freely and let people know you love them. You’ll be amazed at how much that can change your whole day!

“By this everyone will know that you are my disciples, if you love one another.” (John 13:35)