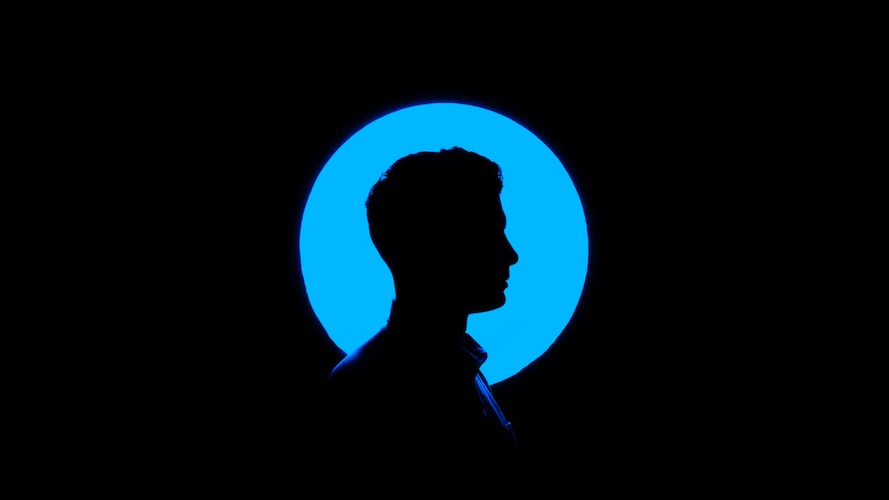 The storm at sea is threatening to kill them all. The waves are swelling and breaking over the boat. The wind is driving the rain like gravel into their faces. They are frantically hurling the cargo boxes overboard in an effort to lighten the ship.

In the midst of this fear and panic, they find someone who really couldn’t be bothered by it all – Jonah, a prophet on the run.

After quite a rude awakening, Jonah is brought to meet with the rest of the crew. They’ve got to find out who is responsible for this storm – not necessarily what person, but what god/deity  is behind this. The most obvious god to pinpoint would be Ba’al, the Storm God of the Ancient Near-East. But Ba’al isn’t responding right now (shocker!), so they have to figure this out.

They cast lots (think Yahtzee, but with higher stakes). The lot falls to Jonah (shocker again!). Check out the interaction that follows:

Then the sailors said to each other, “Come, let us cast lots to find out who is responsible for this calamity.” They cast lots and the lot fell on Jonah. So they asked him, “Tell us, who is responsible for making all this trouble for us? What kind of work do you do? Where do you come from? What is your country? From what people are you?”
He answered, “I am a Hebrew and I worship the Lord, the God of heaven, who made the sea and the dry land.”
This terrified them and they asked, “What have you done?” (Jonah 1:7-10)

They want to know his job, his region, his country, his tribe, his shopping habits, his Social Security number, his mother’s maiden name. They interrogate Jonah to find out which god he might have angered. In the ancient world gods were viewed as very tribal and/or territorial. Your family would have certain gods. You tribe would have other gods. Your country and region would have bigger gods. Even certain occupations, like merchants and sailors, had their own gods. So they have to narrow it down.

Let’s look again at Jonah’s response to this line of questioning:

“I am a Hebrew and I worship the Lord, the God of heaven, who made the sea and the dry land.”

This is an interesting response for several reasons.

Jonah does the same thing I see so many people doing today. His first identifier was his country – “I am a Hebrew.” His identity was first and foremost grounded in his particular geopolitical situation. Jonah was a Hebrew before he was a worshiper of YHWH.

If you look back at 2 Kings 14, you will see that Jonah had every reason to be patriotic. Israel had just experienced the greatest time of political, economic, and military expansion in decades thanks to the word of God through his prophet Jonah. The king was evil, the nation was evil, yet God blessed them anyway. Jonah was at the top of his game. Jonah seems to be more than just a patriot, though. He has tendencies toward nationalism, the ideology that proclaims “My country, right or wrong.”

Today we have two identifiers – Christian and American. Which one is the noun and which is the adjective? That makes all the difference in the world. Are you a Christian American? Or are you an American Christian? Say you meet a foreigner for the first time and you’re getting to know each other. Do you tell that person you’re a Christian or an American first?

For Jonah it was clear that his allegiance to his country took precedent over his allegiance to God. He would rather blatantly disobey God than have a hand in saving Israel’s enemies. But when we become followers of Christ, we are now citizens of a new kingdom, a global kingdom. It’s great to be proud of your country and seek God’s blessing on the place you live (see Jeremiah 29). But it’s not ok to do that to the exclusion or detriment of other countries and nationalities.

YHWH, THE GOD OF HEAVEN

Jonah reveals the sacred covenant name of God to these sailors – YHWH. Any time you see “the LORD” in your Bibles, that is a replacement for the name YHWH. Jonah says, “I worship YHWH.”

But here’s the thing – YHWH was never just a regional God. YHWH had gone by other names, too. Most commonly the name El. El is the more widely used word/name for God. YHWH was the special name God gave to Moses in Exodus when establishing a covenant with the Hebrews.

I’m no Hebrew scholar, but from what I’ve heard and read, the name El is closely related to the name Ba’al, who was frequently referred to as “The God of Thunder” or “The God of the Heavens.” Jonah introduces these sailors to YHWH, the God of Heaven. Essentially, Jonah is using language they would have been familiar with to introduce them to YHWH and emphasize what a big deal this God is.

CREATOR OF THE SEA AND THE DRY LAND


Jonah gives the sailors the most basic Bible school lesson about who God is. YHWH created the sea and the dry land. That’s also a Hebrew way of implying “and everything in them.” So let’s all sing the Days of Creation song!

But this is an important distinction to make. Ba’al may have been “The Storm God” but he didn’t create the sea. There’s a big difference between having control over something and being the creator of something. I may know how to drive my Toyota, but I didn’t build it. My father-in-law worked at the plant where my vehicle was made. He knows where the parts came from and how they are all put together. If there’s an issue with the car, I defer to him.

YHWH isn’t just some little-case-g god like Ba’al. YHWH is the one who created everything that Ba’al supposedly controlled.

This rightly has the sailors terrified. “How can you run away from ‘the God who created the sea’ on the sea!“


With as crazy as things are, we always have to remember who is in control. God has not abdicated his throne to the big wigs in Washington. YHWH is still the God of Heaven who created the sea and the dry land and everything they contain.

When our identity is primarily rooted in our nationality or politics, then we will always be on shifting sand. We’ll be like the foolish man who built his house on the beach with no foundation. Nations rise and fall. Politics change daily.

But if our identity is rooted in God and the kingdom of heaven, we know we will always be on solid footing, not being tossed around by the winds of political storms.