So like I said in an earlier post, I’ve been really diving into the Enneagram the last couple of years. I am by no means an expert. But I have seen the truth and beauty in the system. No, it’s not scientific; however, it’s true at some deep level I can’t quite describe.

I’ve taken the Meyers-Briggs and the DISC personality inventories before. They were interesting, but they weren’t really all that helpful in my day-to-day life. So I went for several years not really giving much thought to personality and development. Then I came across the Enneagram through some podcasts I listened to. That’s when everything changed.

I did what you do. I read up on some of the numbers, and I took an online test or two. I originally tested as a ONE, but that didn’t seem quite right. After a while it became clear that I am dominant in Type THREE. As I read and researched more, I found myself being described in ways I never could have voiced before. Someone knew me. Someone knew my desires, my fears, my approach to relationships, and my view of work. Someone knew exactly what I do when I get stressed out. Someone knew. How did they know?

Because I’m no expert, I’m not going to take time right now to lead you through the entire journey. There are many great resources available right now that can help you if you are seeking the wisdom of the Enneagram for your life.

What I want to do is relate my lived experience of being a THREE. I know, that’s a very 3 thing to want to do. But honestly, I don’t want the spotlight to be on me. I want to show any skeptics, critics, or seekers out there how true the Enneagram can be.

The Enneagram Institute has some helpful resources and descriptions of each Type if you want to find out more. But here is the basic overview of Type THREE.

Threes are self-assured, attractive, and charming. Ambitious, competent, and energetic, they can also be status-conscious and highly driven for advancement. They are diplomatic and poised, but can also be overly concerned with their image and what others think of them. They typically have problems with workaholism and competitiveness. At their Best: self-accepting, authentic, everything they seem to be—role models who inspire others.

LIFE AS A THREE – DEFINING SUCCESS

I didn’t think I was a 3 at first. Like I said, I originally tested as a ONE. Why? Because I’ve known 3s like they are described above. I’ve known the types of guys who work a crowd, who name drop in conversations, who always try to one-up everyone else and flaunt their successes. I can’t stand those people. Then I realized I can see right through their game because I am that person, too.

I’m not an extroverted 3, which is kind of a weird dynamic. I’m more introverted. So the descriptions of 3s often sound like caricatures and stereotypes. I’m not overly competitive in the way most people think. But my driving motivation is the need to be (or appear to be) successful.

Pursuing success doesn’t necessarily mean climbing the corporate ladder, wearing the finest clothes, driving the nicest cars, etc. Success doesn’t have to mean fame and recognition by the countless masses. As a 3 I realize that success is a self-defined term. Success is whatever I think it is. And the appearance of success takes different forms depending on what in-group we’re trying to impress.

What does that look like for me? Well…I’m a youth minister, so I’m not ever going to have the biggest house or the nicest car. I drive a hand-me-down ’99 Civic that does 0 to 60 eventually. But get this – I have a beard; I wear Converse and Vans; I carry a leather messenger bag; I work on a MacBook Pro; I read on an iPad; I post to Instagram using my iPhone. These are all “status symbols” among youth pastors. Even the crappy Civic adds to the whole “dedicated youth worker” vibe.

As a youth minister, success is hard to define and pursue. That’s the nature of church work. When can I say I’ve “succeeded”? There’s really no advancement unless I moved to a bigger church (which is a really terrible way of “moving up the ladder”). I try hard to avoid the numbers trap. So I typically have to find other ways to measure success – often in the form of status symbols of some kind. Church work can be an anxiety-inducing beast for an unhealthy 3. We’re always chasing success that is always out of reach. 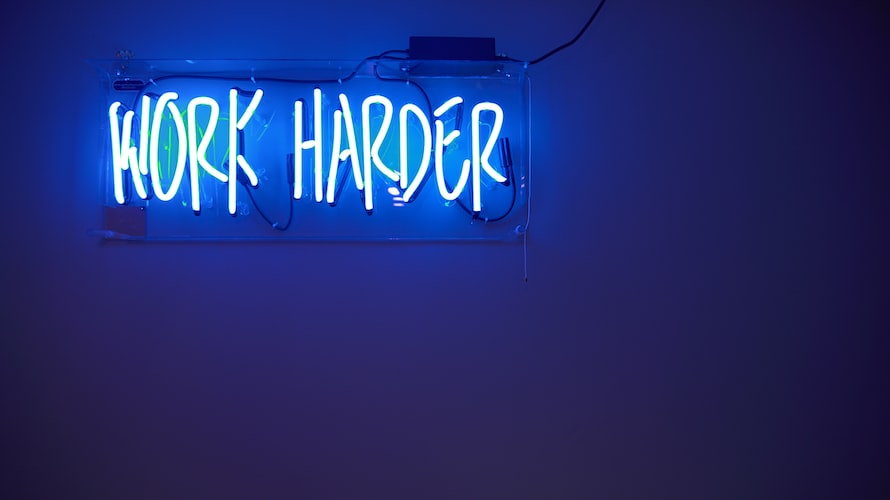 I remember one class in high school – I think it was Physical Science – in which I set a goal to have a final total grade above 100%. And I did.

I don’t say all this to brag. I really don’t care about any of that. I’m proud of my academic achievement, but it’s not worth dwelling on – which is another thing 3s do. We set a goal. We achieve said goal. We move on to the next goal. We typically don’t dwell too long on our successes, which seems counter to our type. But as a 3, I’ve got a list of goals a mile long in my head. And celebrating achievements is rarely on the list.

Anyway, as I was saying – I’m not trying to brag. I just want to give you insight into how my mind works. I am my own biggest competition. I set goals and standards for myself, but rarely are they so high that I’m in danger of failing. Failure is not fun no matter what Type you are. But if you’re a 3, failure SUUUUUUCKS. The fear of failure (again, as defined by me) is what keeps me lying awake at night. Fear that I’m not doing enough brings about the existential dread at 3AM for no apparent reason.

I’ll talk more about the fear of failure later. But as a 3 in unhealth, I can tie my identity so closely to my own definition of success that I can’t really see or focus on anything else. Threes are the Type most in danger of becoming workaholics. And I believe it. That’s because we have a hard time believing that our lives have meaning apart from what we do, that we can be loved just for who we are.

As a 3 who has been a lifelong overachiever, I find myself drawn to Paul’s words in Philippians 3. The older I get, the more I appreciate this passage. If you’re a 3, take these words to heart.

If someone else thinks they have reasons to put confidence in the flesh, I have more: circumcised on the eighth day, of the people of Israel, of the tribe of Benjamin, a Hebrew of Hebrews; in regard to the law, a Pharisee; as for zeal, persecuting the church; as for righteousness based on the law, faultless.
But whatever were gains to me I now consider loss for the sake of Christ. What is more, I consider everything a loss because of the surpassing worth of knowing Christ Jesus my Lord, for whose sake I have lost all things. I consider them garbage, that I may gain Christ and be found in him, not having a righteousness of my own that comes from the law, but that which is through faith in Christ—the righteousness that comes from God on the basis of faith. (Philippians 3:4b-7)

If you’re a 3, how would you define success? What has been your experience with success and achievements? If you’re a different Type, what is your relationship to success? Let me know in the comments below, and don’t forget to subscribe so you never miss a post!