Enneagram Type THREES are commonly known as “The Performer” or “The Achiever.” Threes are driven by a need to succeed, or at least to appear successful. Threes aim to impress others with their skills, their knowledge, and their accomplishments. This is why the vice of Threes is deceit. Threes are expert “mask-wearers.” Threes can become whoever they need to be in any given situation in order to fit in or to make others think highly of them. The danger for Threes is that they can become social chameleons to the point that they lose their own identity, deceiving others to the degree that they end up believing their own false persona. Self-deceit is the true vice of Threes.

But the gift of Threes is truthfulness and authenticity. Threes have really good BS-detectors. They can see through the charades of others because they are so accustomed to the games people play. Healthy Threes value honesty in their relationships and with themselves. They can give you an honest assessment of the world as they see it, and they can tell you how to make things better. Streamlining, productivity, and efficiency are second nature to Threes.

As a Three, I relate to God as “The First Mover.” God has done the work of salvation for us. This also reassures me that there’s nothing I can do to make God love me any more or any less. I don’t have to work for God’s acceptance. I don’t have to “succeed” in order to earn God’s favor.

One prime example of a Three in the Bible is Jacob. Jacob’s story is recorded in the middle part of Genesis. Jacob and his brother Esau were the fraternal twin sons of Isaac and Rebekah, the grandsons of Abraham and Sarah. Even from the womb, Jacob was a deceiver. At their birth, Jacob’s limb stuck out first, but his brother was actually the firstborn. Jacob came second, grasping the heal of Esau. Jacob’s name literally means “heal grabber” or “deceiver.” 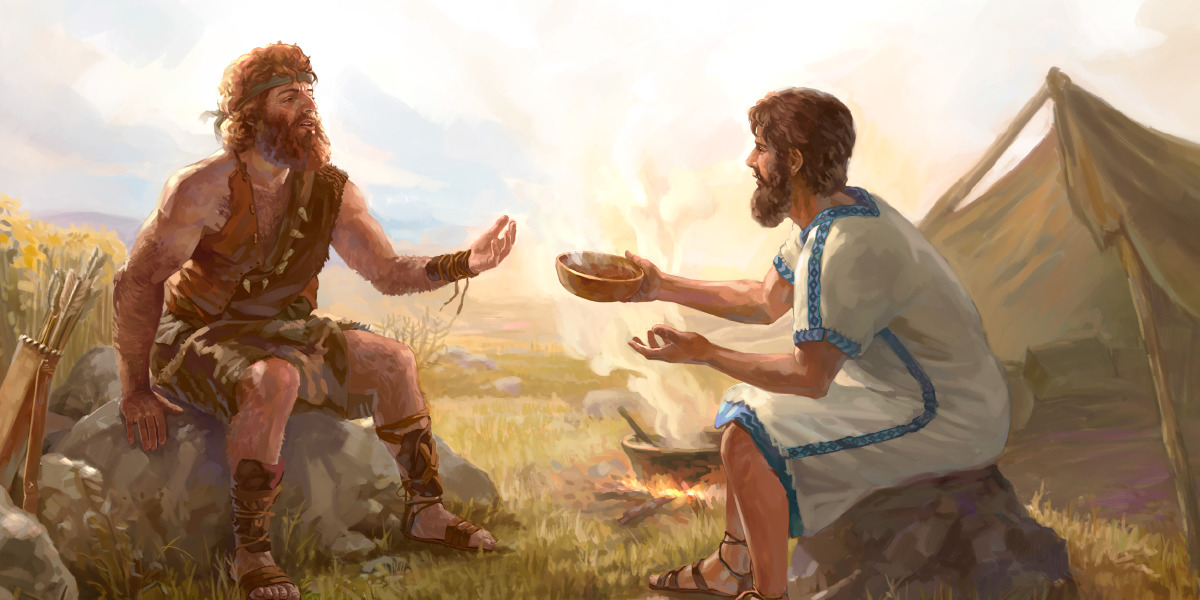 Jacob would eventually go on to trick his older brother out of his birthright and his blessing. Jacob’s early days represent the unhealthiest side of Threes – success at any cost. Unhealthy Threes can be ultra-competitive. They divide the world into winners and losers, and they definitely wouldn’t be caught dead among the “losers.” Failure is not an option. For unhealthy Threes like Jacob, the ends absolutely justify the means in achieving success and being known as the best.

Unhealthy Threes are not in tune with their emotions at all. They have the ability to compartmentalize their lives in such a way that negative emotions don’t necessarily have any bearing their ability to perform. But this can also mean that Threes try to avoid conflict, especially in times of stress. Rather than confront Esau and own up to his actions, Jacob runs.

While on the run, Jacob receives a vision from God with angels ascending and descending from heaven. Even at his lowest, God reassured Jacob that he was with him, that he was watching over him, that he was loved and pursued. I think this is a message that most Threes need to hear.

Jacob then went to work for his Uncle Laban. While working there, Laban gave Jacob a taste of his own medicine by deceiving him into marrying Leah AND Rachel. But during this time it seems as if Jacob turns a corner. He no longer tries to win at all costs. He works hard for what he wants, knowing that his efforts will pay off in the end if he’s patient enough to follow through. While working for Laban, Jacob gains wives and sons and a lot of wealth. But he also learns patience and humility.

Threes grow through struggle and challenge. If things come too easy to Threes, then they stay stuck in their unhealthy patterns of vanity, deception, and a win-at-all-costs mentality.

The ultimate challenge for Jacob came when he made the decision to go home and confront his past – possibly one of the hardest things for a Three to do. While Jacob was making his way back home, he had an encounter with God that would leave him crippled. Jacob wrestled with God all night, showing his dedication to the struggle and his unwillingness to give up when things got hard – true growth for a Three. In security, Threes go to the healthy side of Six, the Loyalist. They become more others-focused, more dedicated, more loyal, more in touch with their own emotions and those of others. In refusing to give up when things got hard, Jacob showed real maturity and transformation.

But he also failed. Jacob didn’t win in his wrestling match. Sometimes, the best thing that can happen to a Three is failure. We learn far more from our failures than we do from our successes. Threes want to avoid failure at all costs, but it’s the very thing that can lead to growth and transformation.

When Jacob finally did confront Esau, things were not nearly as bad as he had imagined. He had feared for the worst – that Esau would still hold his deceptions against him and would seek revenge for all that Jacob had taken from him. Much to Jacob’s surprise, he was greeted with the open arms of forgiveness. 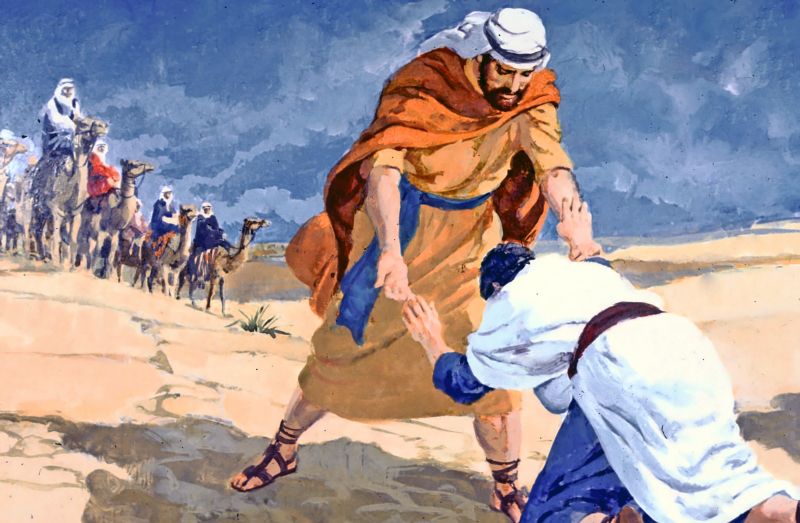 This can completely rock a Threes’ world. Threes, especially unhealthy Threes, have a hard time believing that they are worthy of love and acceptance. They know their own deceitfulness and vanity. They know their own faults that they are trying to hide from the rest of the world. When those faults, failures, shortcomings, and sins are laid bare for all the world to see, and they are still forgiven and loved anyway, that is almost more than a Three can bear.

Before Jacob met his brother face to face, he tried to soften things up by sending flocks and herds and gifts. Look at the interaction that follows.

Esau asked, “What’s the meaning of all these flocks and herds I met?”
“To find favor in your eyes, my lord,” he said.
But Esau said, “I already have plenty, my brother. Keep what you have for yourself.”
“No, please!” said Jacob. “If I have found favor in your eyes, accept this gift from me. For to see your face is like seeing the face of God, now that you have received me favorably. Please accept the present that was brought to you, for God has been gracious to me and I have all I need.” And because Jacob insisted, Esau accepted it.
(Genesis 33:8-11)

Once Threes turn a corner in their lives they are no longer driven by success, vanity, and appearances, but rather by truthfulness, authenticity, and acceptance. This can take a lifetime for a Three to learn, and it only comes through the very thing Threes avoid the most – failure.

If you haven’t yet, check out the song “Three” by Sleeping at Last