Fives are some of the unsung heroes of the Enneagram. They don’t like the recognition and the spotlight. They don’t seek to be honored at banquets or showered with public praise. Fives know what they know and they do what they do – and they do it well. I’ve never met a Five who wasn’t at least somewhat knowledgable in virtually everything. Fives are the researchers behind the project. They are the quality engineers making sure your new car runs perfectly. They are the chemists developing new, safer, more sustainable formulas and medicines.

If you have a five in your life, you know they are great to have around. They’re like a walking Google search. Ask them a question, and they can probably give you an answer. If not, they’ll disappear for a while and then come back with one.

Fives read the Encyclopedia for fun as children.

Fives, often called Observers or Investigators, are not typically very outgoing – which is interesting because they share a line with Sevens. Fives tend to keep to themselves at parties and family gatherings. Most Fives will have a “fortress of solitude” where they can disappear for a while. It’s their space, and no one else is allowed in unless invited and accompanied by the Five. Respect their space and their privacy.

Being around large groups of people or in the spotlight for extended periods of time saps the emotional energy right out of a Five. But if you give them a task – a research project or something requiring their technical expertise – they will do it better than anyone.

One example of a Five in the Bible is (probably) Nicodemus. He only appears in John’s gospel account, but he must have made an impact on John. He doesn’t just pop up once but three times. Each time reveals something more about him.

Nicodemus is a Five, but he’s a Five on a journey toward something greater than he could have imagined. (I’ll call him Nic from here on out. Nicodemus is tedious to type each time.) 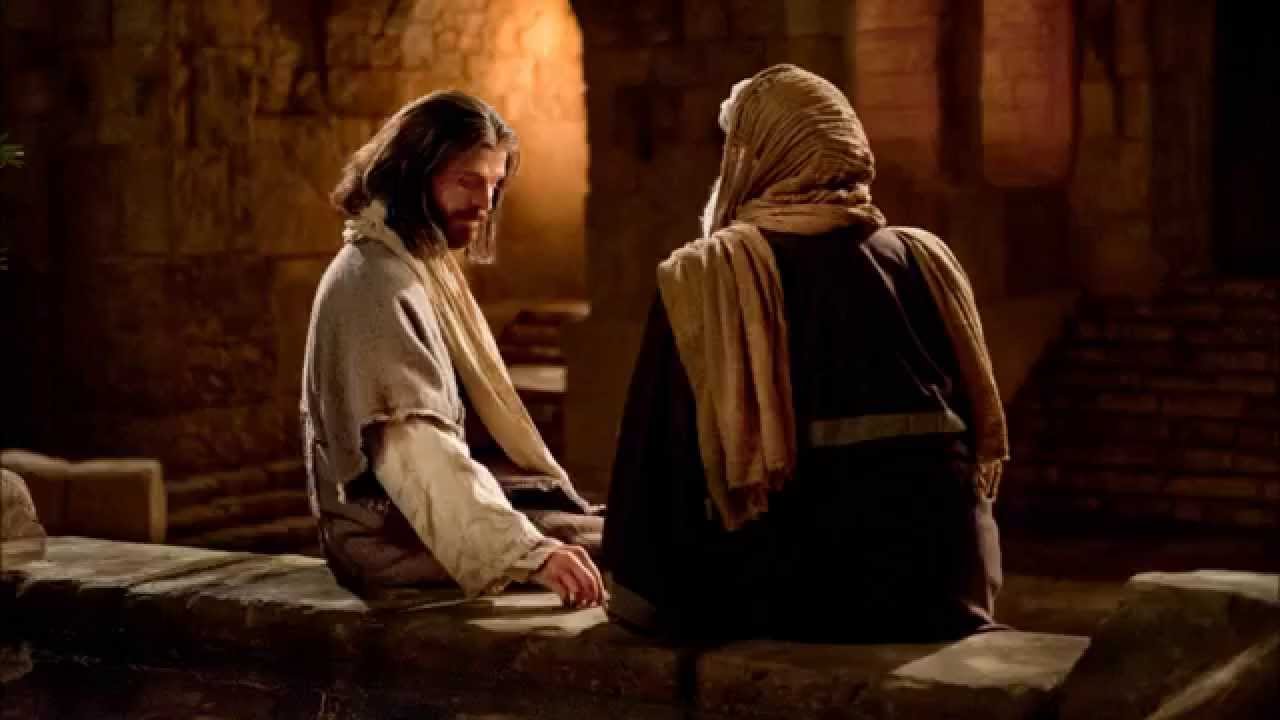 Now there was a Pharisee, a man named Nicodemus who was a member of the Jewish ruling council. He came to Jesus at night…
(John 3:1-2a)

Here are a few things we know about him, and they fit really well with type Five. 1) He was a Pharisee. Pharisees were concerned with doing the right things in the right ways. As a group they were probably a collective One, but they would be very appealing to Fives like Nic. 2) He was a member of the Jewish ruling council – also known as the Sanhedrin. The Sanhedrin was comprised of top lawyers from both the Pharisees and the Sadducees. It was essentially a two party system not that much different than we have today. So Nic was one of the top 70 law experts in the nation. 3) He came to Jesus at night. Why at night? Was he scared? I used to think so. But if I view Nic as a Five, then it makes perfect sense. He wasn’t afraid of the crowds, he just wanted Jesus to himself. He needed that one-on-one time to go deep.

Nic starts up the conversation with Jesus this way:

“Rabbi, we know that you are a teacher who has come from God. For no one could perform the signs you are doing if God were not with him.”

No flattery. No lofty or buttery language. Just right to the point. Respectful, but straight shooting.

Also, notice the scientific language as he opens. We know X because Y. Here’s a hypothesis: Jesus is a Rabbi sent from God. Here’s how we test the hypothesis: Observe the works he is doing. Analysis: No one could perform these signs if they were not from God. Jesus is performing these signs. Therefore, Jesus is from God.


Many Fives approach faith the same way they approach any other aspect of their lives. They tend to be very evidence-based and by-the-book. But they might not be so keen on church small groups or meet and greet time in worship. They want the sermon to be factual and Scripture-driven without a lot of flowery language or stories.

So what does Jesus do? He immediately responds with metaphorical (even poetic) language.

“Very truly I tell you, no one can see the kingdom of God unless they are born again.”

Nic is not tracking with Jesus. He’s trying to take Jesus literally (Can a man enter his mother’s womb a second time? That’s scientifically impossible!). But Jesus is relentless. He starts off with figurative language and then reels it in using Nic’s own worldview against him and exposing the insufficiencies of a purely materialistic approach to faith.

“The wind blows wherever it pleases. You hear its sound, but you cannot tell where it comes from or where it is going. So it is with everyone born of the Spirit.”

You want to talk scientifically, rationally, and logically about God, as if God is a formula? Nic, you can’t even explain the wind, much less God. Even today, we can’t explain everything about the world, atoms, the universe. How much less can we explain the Creator of it all? But we can feel the effects of God all around us.

Fives don’t like that word – feel. Jesus is trying to get Nic to feel something when all he knows how to do is think. God gave us a brain, yes. But he also gave us a heart. (And I know the heart doesn’t actually control our emotions, that’s all in the brain. Just go with it, Fives! Haha)

Nic still isn’t picking up what Jesus is putting down. He’s still asking questions. (Fives are the most inquisitive number on the Enneagram.) So Jesus tries to put it in terms Nic just might finally get.

“You are Israel’s teacher and do you not understand these things? Very truly I tell you, we speak of what we know, and we testify to what we have seen, but still you people do not accept our testimony. I have spoken to you of earthly things and you do not believe; how then will you believe if I speak of heavenly things? No one has ever gone into heaven except the one who came from heaven—the Son of Man. Just as Moses lifted up the snake in the wilderness, so the Son of Man must be lifted up, that everyone who believes may have eternal life in him.”

As far as we can tell, that’s the end of the conversation. Jesus doesn’t give Nic the answers. He gives him homework. Jesus gives Nic a research project. Son of Man – go look into Daniel 7 and figure out who I am. Moses lifted up the snake in the desert – go back to Numbers 21 and see how God saved the people.

And you know what? Nic did his homework. He did his research. He found answers. How do I know? The next time we see him, he’s coming to Jesus’ defense – citing Jewish Law back to the people who would be willing to bend the rules in order to silence Jesus.

Nicodemus, who had gone to Jesus earlier and who was one of their own number, asked, “Does our law condemn a man without first hearing him to find out what he has been doing?”
(John 7:50-51)

This is huge for a Five. When Fives are in health and security, they can draw on the positive energies of Type 8, the Challenger. Fives in this space are more willing to make their voice be heard and to stand up for their beliefs. Eights are concerned about justice and fighting for the underdog. Nic goes to this Eight space because he’s more secure in who he is and what God has called him to do. He get’s chastised and mocked for it, but he doesn’t back down. 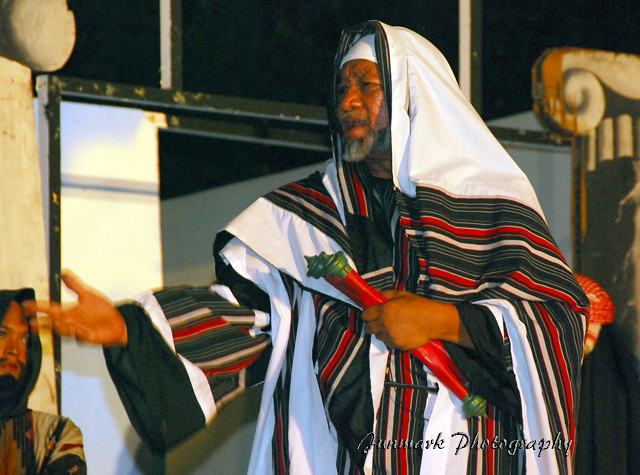 FROM GREEDY TO GIVING

The final time we see Nic is at the very end (or what they thought was the end). After Jesus died, he was placed in the tomb of Joseph of Arimathea – another Pharisee and Sanhedrin member. Joseph was joined by Nic in preparing the body for burial. Don’t overlook what it says about Nic.

He was accompanied by Nicodemus, the man who earlier had visited Jesus at night. Nicodemus brought a mixture of myrrh and aloes, about seventy-five pounds.
(John 19:39)

Seventy-five pounds of aloes, oils, and spices?! That’s a ton, and it would have cost a ton, too. The major vice of a Five is avarice (or greed). Fives can tend to be borderline hoarders. Fives will often keep the most random stuff and stockpile it because who know? We might need that someday. Fives can be very stingy with their knowledge, their possessions, their time, and the emotions. Fives keep things to themselves – literally.

When a Five moves to a place of health, they can become some of the most generous people in the world. They no longer operate out of a scarcity mindset. They realize that they have more than they need, and there’s plenty to go around. Healthy Fives can be some of the best teachers and mentors and philanthropists.

Nic, in one last act of faith, offered up probably thousands of dollars worth of burial spices that he had likely been storing away for himself or a family member – because you never know. But then he saw someone else in need of what he had, and he gave it freely.

FROM HEAD TO HEART

Nic wasn’t in the spotlight. He quite literally avoided it. But his transformation is incredibly apparent in such a few verses.

Fives, the greatest distance between two points in your body is not from the top of your skull to the balls of your feet. The longest distance is between your head and your heart. Nic didn’t experience real transformation until Jesus opened up his heart to feeling what God was doing. Sometimes there are no explanations. Sometimes there is insufficient evidence. Are you able to believe anyway? Do you trust God even when it doesn’t make logical sense?