If you want to win the gold medal for basketball in the Olympics, you can’t get much better than the 1992 USA “Dream Team.” This group of men would go down in history as “the greatest sports team ever assembled.” After a disastrous 1988 run at the Olympics – losing to the USSR and settling for bronze – the USA recruited professional players for the first time ever. This hall-of-fame lineup included Michael Jordan, Larry Bird, Magic Johnson, John Stockton, Charles Barkley, Scotty Pippen, Patrick Ewing, and Carl Malone. They were a force to be reckoned with, to put it lightly.

Needles to say, the Dream Team put the US back on top by winning the gold medal in 1992. And it wasn’t even close – the closest game happened to be the gold medal game against Croatia and was won by 32 points (117 to 85).

The sheer dominance of this team, their performance and teamwork, cannot be understated. They took the world by storm and are now a thing of legend. They were the best of the best of the best.
___________________
If you want to assemble a team to begin a world-changing movement that would alter the course of history as we know it, you can’t get much worse than the Twelve.

In Mark 3 we see that Jesus is amassing a following. His movement is growing and gaining momentum. He could have stayed in the spotlight and enjoyed being the sole leader of this revival. But he knew that wouldn’t work in the long run. Countless others have tried that. And when the leader dies or leaves, the movement dies with him.

Jesus knew the importance of his mission and the sheer scope of what he was trying to do. You would think he would try to assemble the “Dream Team,” right? I can imagine him going to the synagogues, the Temple, the places of learning and religious devotion to recruit the brightest and best young men with the most potential. I mean, that’s what we would do.

But of course, that’s not what Jesus did. He looked out at the crowd that had gathered and made his selection then and there.

Jesus went up on a mountainside and called to him those he wanted, and they came to him. He appointed twelve that they might be with him and that he might send them out to preach and to have authority to drive out demons. These are the twelve he appointed: Simon (to whom he gave the name Peter), James son of Zebedee and his brother John (to them he gave the name Boanerges, which means “sons of thunder”), Andrew, Philip, Bartholomew, Matthew, Thomas, James son of Alphaeus, Thaddaeus, Simon the Zealot and Judas Iscariot, who betrayed him.
(Mark 3:13-19)

We don’t know much about these men, but we do know some things. We know from the start that these were not the religious elites. They weren’t already disciples of another Rabbi, which means they hadn’t made the cut when they were younger.

These weren’t just the worst players in the NBA. These were the guys that got cut from their high school teams. 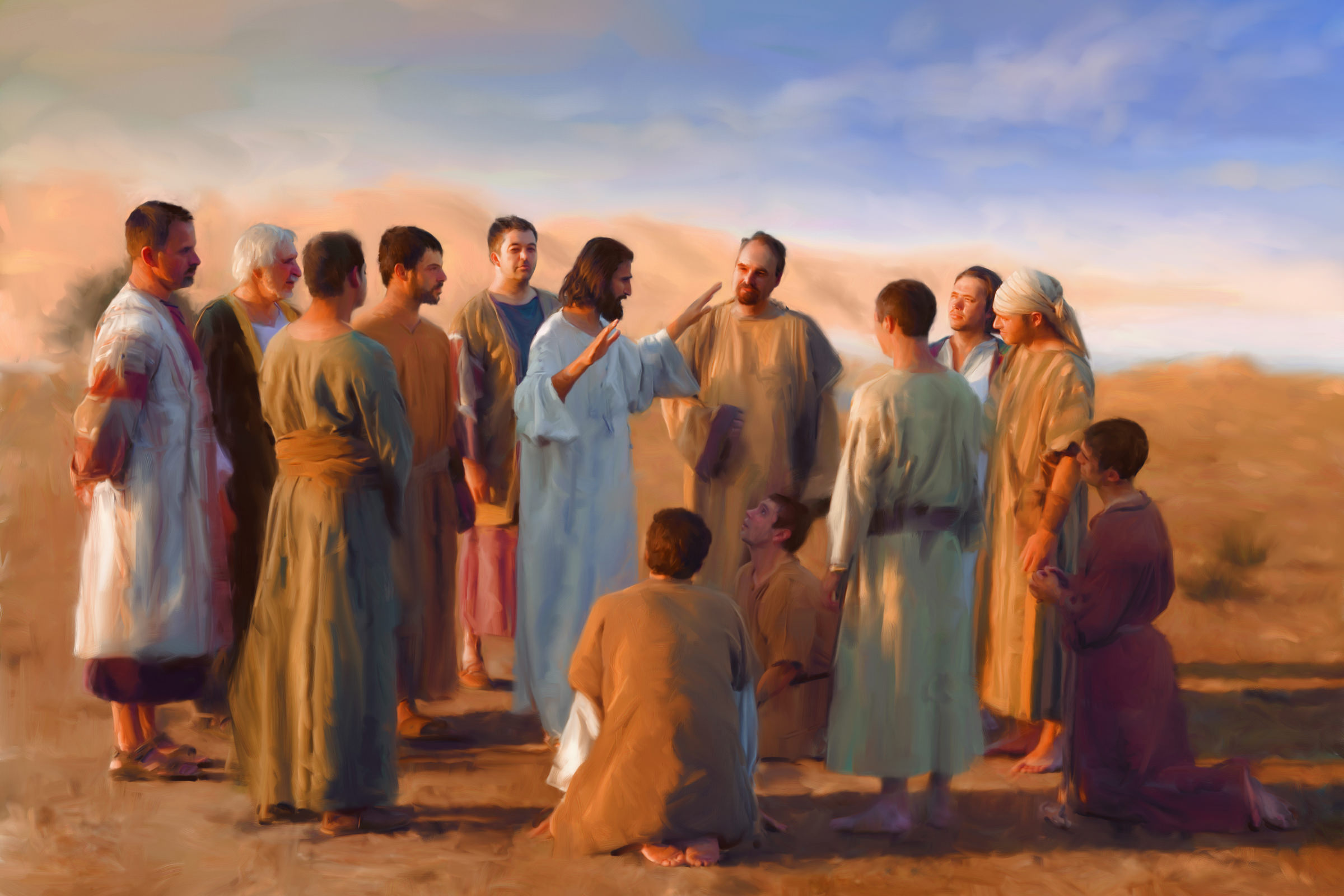 James and John were fishermen. Their father, Zebedee, owned his own fishing business with several boats and other hired men. Simon/Peter and his brother Andrew were probably business partners with James and John. They were uneducated blue-collar workers. How were they going to change the world?

Matthew, also called Levi whom we met earlier, was a tax collector for the Roman government. The other man named Simon came from a group of assassins and guerrilla warriors known as the Zealots. The Zealots hated Rome with a passion. They were commonly regarded as terrorists whose sole purpose was to drive the Roman army out of their territory. Simon would have tried to kill tax collectors like Matthew.

We don’t know a lot about Judas Iscariot, but he was probably from a wealthy family. He was the one in charge of the money. He had problems with greed. He didn’t like the way Jesus was going about his mission, and so Judas would betray him to the Jewish officials.

Are these the men with which Jesus was to inaugurate the Kingdom of Heaven here on earth? Are these really the guys who would help Jesus overthrow evil, defeat death, and bring about a whole new world order?