I doubt many of us are guilty of violating the letter of the law for many of the 10 Commandments. I would say most of us aren’t murderers or adulterers. And most of us are probably not thieves, either. I’m sure most of us, if we realized the cashier at Walmart forgot to scan an item in our cart, would then turn around and go pay for it as soon as we realized the mistake.

But like the others, if we get to the positive intention behind the prohibition, it might reveal a different story. Let’s think of the command like this:

Every good and perfect gift is from above, coming down from the Father of the heavenly lights, who does not change like shifting shadows.
(James 1:17)

Each of us has been entrusted with a certain amount of material wealth. Everything we have is simply on loan. We brought nothing into this world, and we can take nothing out. Every blessing if from God and belongs ultimately to him. So what are we doing with our stuff? 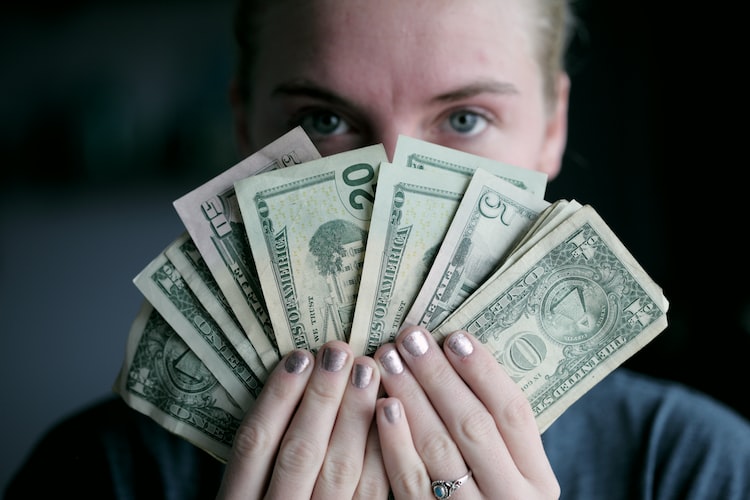 Jesus tells a story that puts it all into perspective. If we’re hoarding our stuff, it’s essentially like robbing God. The story, found in Matthew 25, is about a wealthy landowner who goes away on a long journey. He calls his most trusted servants and puts them in charge of some of his wealth. Two of the servants took the wealth and treated it like their master would – putting it to work, investing it, growing it. But the third servant took his master’s money and buried it, keeping it safe, but also keeping it the same. When the master came back he called his servants to account. The servant who buried the money was chastised. The master acted as if his servant has essentially stolen from him.

The US is by far one of the wealthiest nations on earth. Even the poor among us are wealthier than a majority of people around the globe. The question is, what are you doing with the blessings God has given you?

Think back to the story of Abraham. When God first called Abraham he promised to bless him AND that all nations would be blessed because of him. Abraham was blessed to be a blessing. I think the same holds true for us. 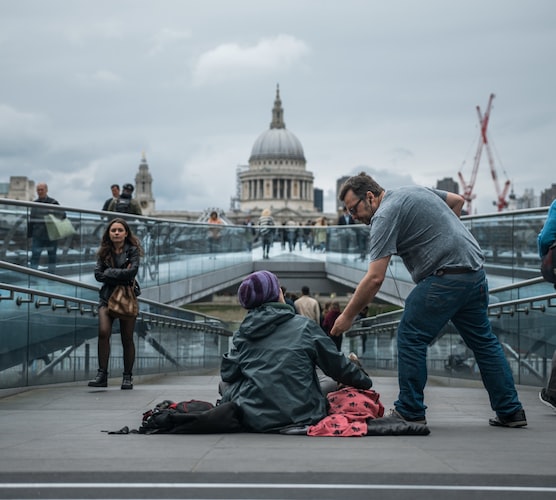 Like the servants in the story, we should be asking ourselves what Jesus would do with the possessions we have if they were his. What would Jesus do with that extra bedroom in the house? How would Jesus use your car that seats seven? What would Jesus spend his tax return on?

Jesus spent more time talking about money than any other specific topic. Wealth and poverty factor into most of his parables and a large portion of his teachings. Somehow we’ve managed to ignore most of that so we can sit comfortably in our overpriced, oversized homes and criticize the poor who are just too lazy to work for what they want.

In case we miss Jesus’ point about wealth and poverty, James makes it crystal clear:

Listen, my dear brothers and sisters: Has not God chosen those who are poor in the eyes of the world to be rich in faith and to inherit the kingdom he promised those who love him? But you have dishonored the poor. Is it not the rich who are exploiting you? Are they not the ones who are dragging you into court? Are they not the ones who are blaspheming the noble name of him to whom you belong?
(James 2:5-7)

I don’t want to get political with this one, but if raising my taxes a little means that those who are less well off than me can have more access to basic necessities – food, shelter, medical care – then so be it. We live in a system in which the rich are getting richer and the poor are having a harder and harder time getting on their feet. The gap between the wealthiest Americans and the poorest Americans is at an all time high. Charitable donations are down, and a large percentage of our nations leaders want to continue to slash Medicaid and Medicare in order to pay for their tax cuts for the rich. 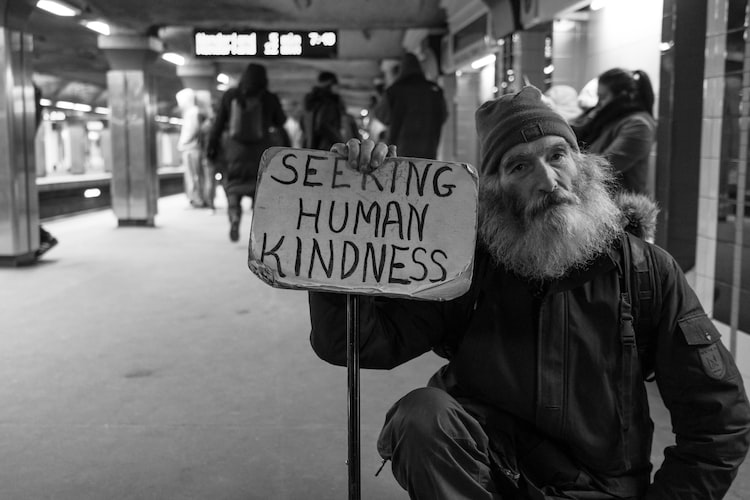 I’m pointing the finger at myself, too, but less than 5% of Christians in America actually tithe. If every Christian around the world gave at a 10% level, then we could eradicate hunger and provide medical care for virtually everyone. The money is there – it’s just sitting in our bank accounts. And if we aren’t using our possessions in the way God would use them, then we are essentially stealing from God and the poor.

Don’t believe me? I again turn to the book of Malachi:

“Will a mere mortal rob God? Yet you rob me.
“But you ask, ‘How are we robbing you?’
“In tithes and offerings. You are under a curse—your whole nation—because you are robbing me. Bring the whole tithe into the storehouse, that there may be food in my house. Test me in this,” says the Lord Almighty, “and see if I will not throw open the floodgates of heaven and pour out so much blessing that there will not be room enough to store it. I will prevent pests from devouring your crops, and the vines in your fields will not drop their fruit before it is ripe,” says the Lord Almighty. “Then all the nations will call you blessed, for yours will be a delightful land,” says the Lord Almighty.
(Malachi 3:8-12)

Anyone who has been stealing must steal no longer, but must work, doing something useful with their own hands, that they may have something to share with those in need.
(Ephesians 4:28) 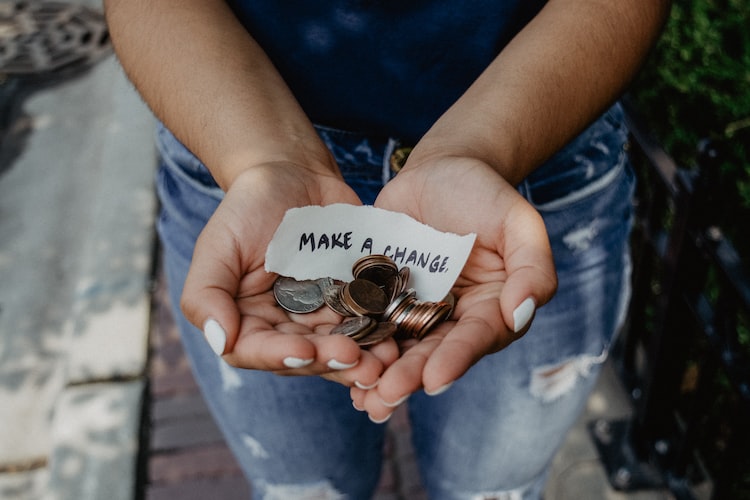 Why do you think Jesus talked so much about money and possessions? Why are we so afraid to talk about this in our churches?

What specific ways do you think Jesus would use your house? your car? your bank account? your free time? your closet? your pantry?

Do you agree that not giving is the same as stealing? Why or why not?