“You shall not give false testimony against your neighbor.”
(Exodus 20:16)

You know what phrase I’m tired of hearing? “Fake news.” It seems like we are watching from the sidelines as the talking heads on TV try to tell us what is true and how we know. Everyone has a different truth, or “alternative facts” as some might say. Something either happened or it didn’t. It doesn’t seem that complicated.

But on the other hand, it makes sense that we do this, and it’s not a new phenomenon. All of us operate under various cognitive biases, or preconceived ways of interacting with the world. These biases alter our perception of reality. They “help” us determine what is true or not.

Someone shares a political meme on Facebook. You see the meme, and it happens to confirm your beliefs, so you share it. More people see it, and the more they see it the more they accept it as truth. Then someone shares a link to a Snopes article debunking the meme as false. Those who share the meme dig their heals in and argue for the validity of the claims this meme is making. The longer the debate rages in the comments section, the more each side clamps down. It doesn’t matter if it is true anymore, as long as it sounds true or at least plausible. 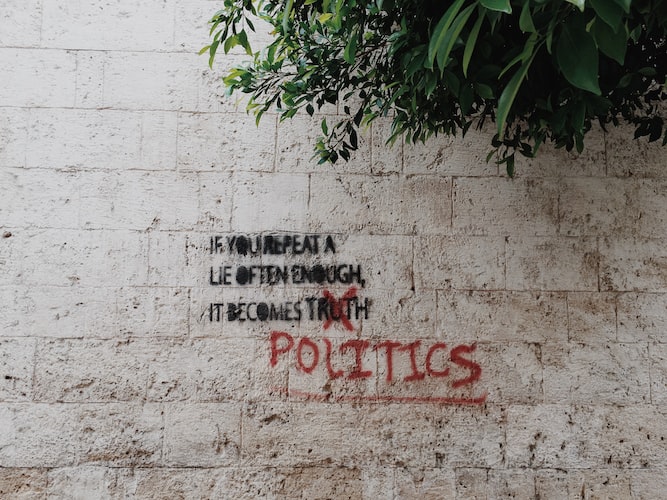 Have you ever stopped to think that in sharing a “fake news” meme targeting a political figure, athlete, or celebrity, you are in fact violating the 9th Commandment and bearing false witness against a neighbor?

You may not even be doing it consciously. But that’s what makes this and things like gossip and slander so toxic to communities. There’s another word for “fake news,” false testimony, and misinformation. You may have heard it before. The word is “lie.”

It’s not very popular to use that word in today’s public discourse, but that’s exactly what it is. When someone shares a false news article, they are helping to spread lies. When someone is unaware of their own biases that blind them to the truth, they are slaves to lies. And maybe you haven’t noticed, but lies can devastate families, communities, even entire nations.

The lie that vaccines are dangerous and could cause autism has lead to the outbreak of nearly-eradicated diseases. The lie that the Clintons were running a sex-trafficking ring out of a DC pizza parlor influenced and egregious act of violence costing the lives of innocent people. The lie that Mexicans are violent criminals, drug dealers, and rapists has lead to a man-made humanitarian crisis along our southern border. The lie that Muslims are invading “Western” countries in order to bring about Sharia Law has lead to the meaningless slaughter of countless lives – most recently 49 in New Zealand. 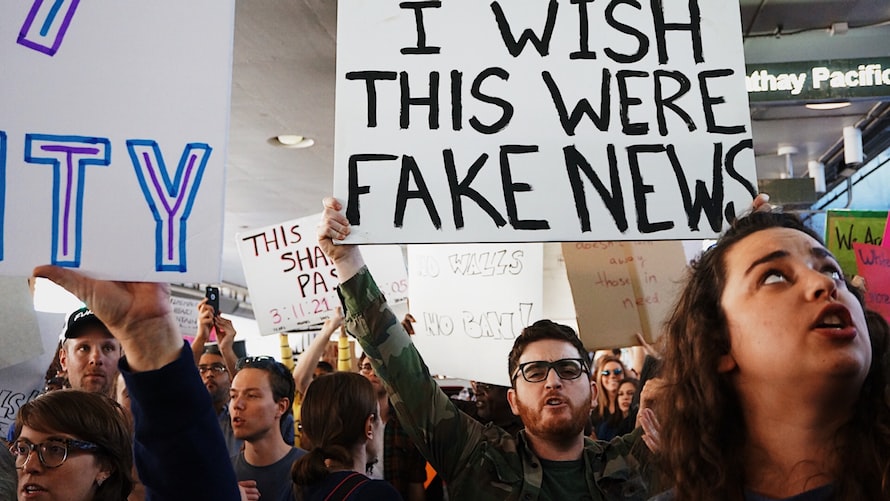 This is no small matter. Fake news is not a pithy slogan that you can slap onto whatever story you don’t want to believe. Lies have consequences. Lies ensnare and enslave, but the truth will set you free.

You know who really wants you to keep sharing those memes without fact-checking or discovering the truth? The father of lies. Look at what Jesus says, which is as timely now as ever.

You belong to your father, the devil, and you want to carry out your father’s desires. He was a murderer from the beginning, not holding to the truth, for there is no truth in him. When he lies, he speaks his native language, for he is a liar and the father of lies. Yet because I tell the truth, you do not believe me!
(John 8:44-45)

Jesus knew long ago what Mark Twain observed: “How easy it is to make people believe a lie, and [how] hard it is to undo that work again!” Or in the modern paraphrase, “It’s easier to fool a man than to convince him he’s been fooled.”

Society, however, seems to be right in line with Pilate. When Jesus was arrested, he was sent to testify before the Roman Governor, Pontius Pilate. During the questioning, there was this little interaction:

Jesus answered, “You say that I am a king. In fact, the reason I was born and came into the world is to testify to the truth. Everyone on the side of truth listens to me.”
“What is truth?” retorted Pilate.
(John 18:37-38)

Christians should be on the front lines battling against the spread of false testimony, fake news, clickbait, gossip, and lies.

Therefore each of you must put off falsehood and speak truthfully to your neighbor, for we are all members of one body.
(Ephesians 4:25)

Finding the truth may be extra work, but it’s worth it (see video below). Let’s not bear (or share) false testimony against a neighbor. Rather, let’s fight for the Truth to win out.

Why do you think false news stories and memes get spread so widely and rapidly? Have you ever been guilty of believing or sharing a fake news story? If so, how did you feel once you realized it was a lie?

Would you be willing to stand up for the Truth even if it meant losing some of your own social capital?

If we begin to think of politicians and celebrities as our “neighbors,” how would that change the way we engage with the news and memes online?