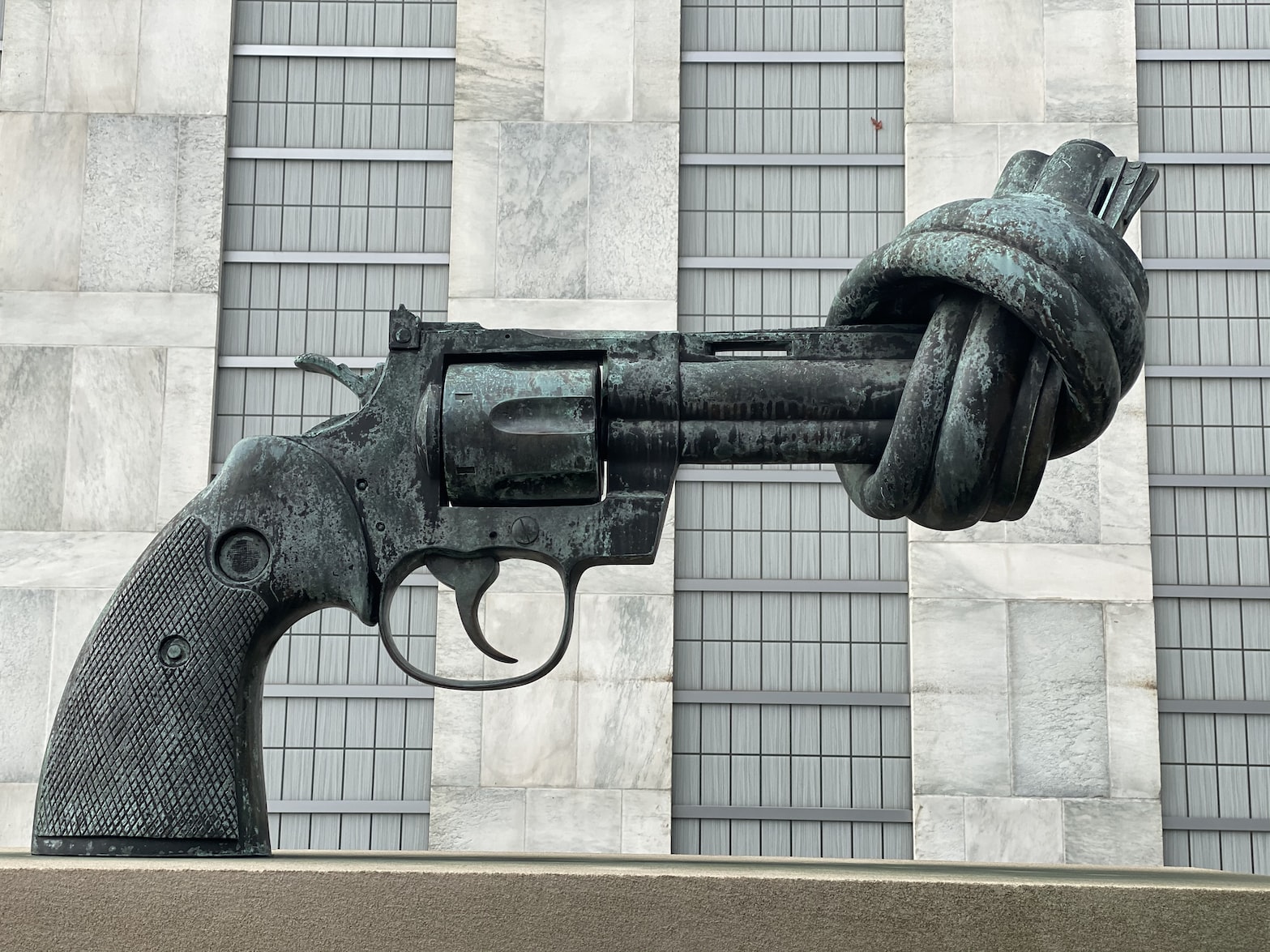 Any time there is a shooting of an innocent person or people in this county, we always hear the same talking points. There are those who claim guns are the problem and want to use the emotional momentum to spur on the debate over gun control policies. Then there are those who want to shut down all the discussion and accuse the other side of “politicizing” the tragedy.

After all, “guns don’t kill people.” It’s not a gun problem, it’s a heart problem. (Says the only country in the industrialized world with this level of gun violence.)

One common “argument” I hear, read, and mostly see in memes goes something like this: If guns kill people, then this pencil misspelled the word and this spoon made me fat.

I get it. We want the human responsibility to take front and center. A gun, after all, is just a tool. Well, a weapon actually. Its only function is to harm, maim, or kill. If it’s a tool, then it is a tool made for violence and destruction.

But let’s think about those analogies a little more seriously.

Yes, pencils are not to blame for misspelling words. I’ve misspelled plenty of words just in typing this. I’m thankful for spell check (most of the time). It’s not the pencil’s or the keyboard’s fault. It’s human error and mistakes. If I misspell a word, that’s on me.

See, I was taught how to spell. I was instructed for YEARS on how to spell correctly. And even then I cannot for the life of me spell license right on the first try. Even then, it autocorrected for me.

What if….every time I misspelled a word there were a non-zero chance of someone being fatally wounded? What if I had to spell license correctly (I did it!) or else someone could get injured, necessitating a trip to the ER? If that were the case, then I would hope and pray we would be smart enough not to let someone write anything with a pencil unless they were 100% accurate in their spelling.

If misspelling words had a real world chance of killing people, you know there would be people misspelling words on purpose in order to cause others harm. And so we as a society shouldn’t ban pencils altogether; after all, there are plenty of cases in which they are needed. But we should make absolutely sure no one has a pencil unless they were trained, and then we should keep tabs on those who do have them in order to make sure they aren’t negligent in their handling of the pencils and written words.

And yeah, spoons don’t make you fat. But if there were a legitimate chance you could kill yourself by overeating at a meal, then it would behoove your family to remove all eating utensils unless you were closely monitored.

Yes, I have the 2nd Amendment guaranteeing my right to bear arms in order to keep and maintain a well-regulated militia. But as a Christian I am a citizen of a kingdom whose ideals transcend violence and bloodshed. I follow a teacher who told his followers to put down their weapons. I serve a God who gave us a vision of a future in which weapons of war were smelted, beaten, transformed into tools of creation.

It is a heart problem that caused Peter to swing a sword in defense of his rabbi. If there is corruption and evil in my heart, the last thing I need in my hand is one of the most violent weapons in human history.